ETA Expose Them All

The wheels of justice may be slow ... but they are moving foward.

The @GOP are trying to hide their concern by tweeting nonsense. #Barr is going to resign or be removed @RepMarkMeadows, because the American people are sick and tired of living with unbridled corruption!! If you and the GOP had any sense or courage, you want him out too.

Trust is a license. Renew it. 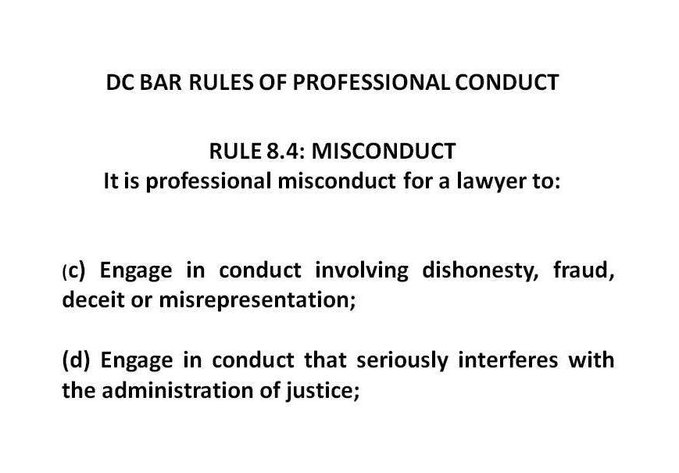 #Barr of @TheJusticeDept must resign or be impeached. He is Trump’s new Roy Cohn.

@RepMarkMeadows Two thousand is a few to lying Mark Meadows.

You’re @SpeakerPelosi puppet!!
#Barr follows the law, unlike you!!

Yes, but will anything change. Don’t think so. Sadly, #Trump and #Barr are here to stay. #Ihavelostfaithindemocracy

#AGBarr has opened up a new investigation into the corruption of
#Comey #McCabe and #Strzok. Add that to the #Durham Investigation into how the Russia hoax started and I think #Barr has this covered. 🤩🤩🤩🤩🤩🤩🤩

I expect #Barr to completely ignore and blow off any criticism from the legal community. Of course, his career and legal reputation are shot and he has no life after trump. #ETTD A match made in hell.

‘Bill Barr is un-American’: The AG’s ex-boss explains his ‘twisted’ worldview — and why he must be ousted

He was the most divisive President in my lifetime. Looking forward to conclusion of #Barr and #Durham investigations. #SpyGate #ObamaWasBetterAtEverything

“The job of prosecutors and DOJ attorneys is both to do fair and impartial justice and to appear to have done so.”

#Barrbarian at the gate. #Ban #Barr from the bar.

@MaddowBlog Interesting memory of #Barr from his H.S. classmate, Jimmy Lohman, in the archived, Florida Flambeau from November 18, 1991, pg 4.

An association of federal #judges has called an emergency meeting after Attorney General William #Barr intervened in the case of Trump ally Roger Stone.

Do you really think A.G Barr and @realDonaldTrump had anything to do with Epstein suicide?⏬⏬⏬⏬⏬⏬

Both of these can be true at the same time - 2000+ former DOJ officials believe Barr is doing Trump’s personal bidding and should resign, AND @realDonaldTrump still has confidence in Barr 😉 #BarrResign #DisbarBarr #Barr #DOJ 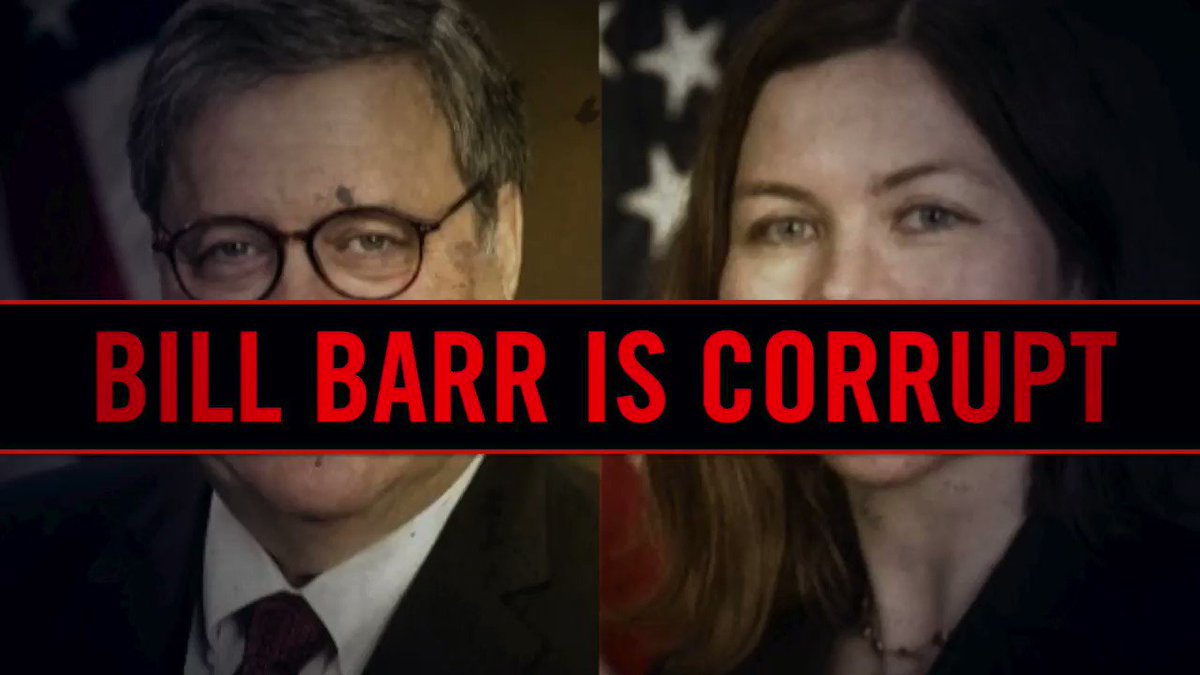 I made you a video. Happy President's Day.

This is rolling thunder. One stuffed goose named Barr is cooked. 2000 DOJ alumni he can ignore. 1000 federal judges? That’s an altogether different kettle of fish.

Donald Ayer: “Barr doesn’t believe in the central tenet of our gov’t—that no one is above the law. [He wants] a virtually autocratic executive. Given our national trust in a rule of law no one can subvert, it’s not too strong to say Barr is un-American.”

White House official said Trump still has confidence in attorney general amid stepped up calls from former Justice Department officials for William Barr's resignation. No change in Trump's mind in terms of how Barr is handling his job, the official said.

I know you've seen headlines about former DOJ officials calling for AG Barr to resign, but read their actual letter.

This part strikes me as really important in terms of what happens next, and how the country can potentially pull back from the brink:

Barr is Trump’s puppet, acting as his personal lawyer rather than the people’s atty. He’s undermining our democracy by interfering in the sentencing of Roger Stone & seeking a review of Flynn’s case. Barr claims this is ordinary procedure - he’s an ordinary LIE! He’s got to go!

While Democrats decry the role of money in politics, but they have no problem taking $100 million from Bloomberg to buy the House of Representatives in the last election.

You don’t have to be an attorney to file a formal complaint with a state bar association.

Barr is licensed in both WA DC and Virginia. Here’s where to file—