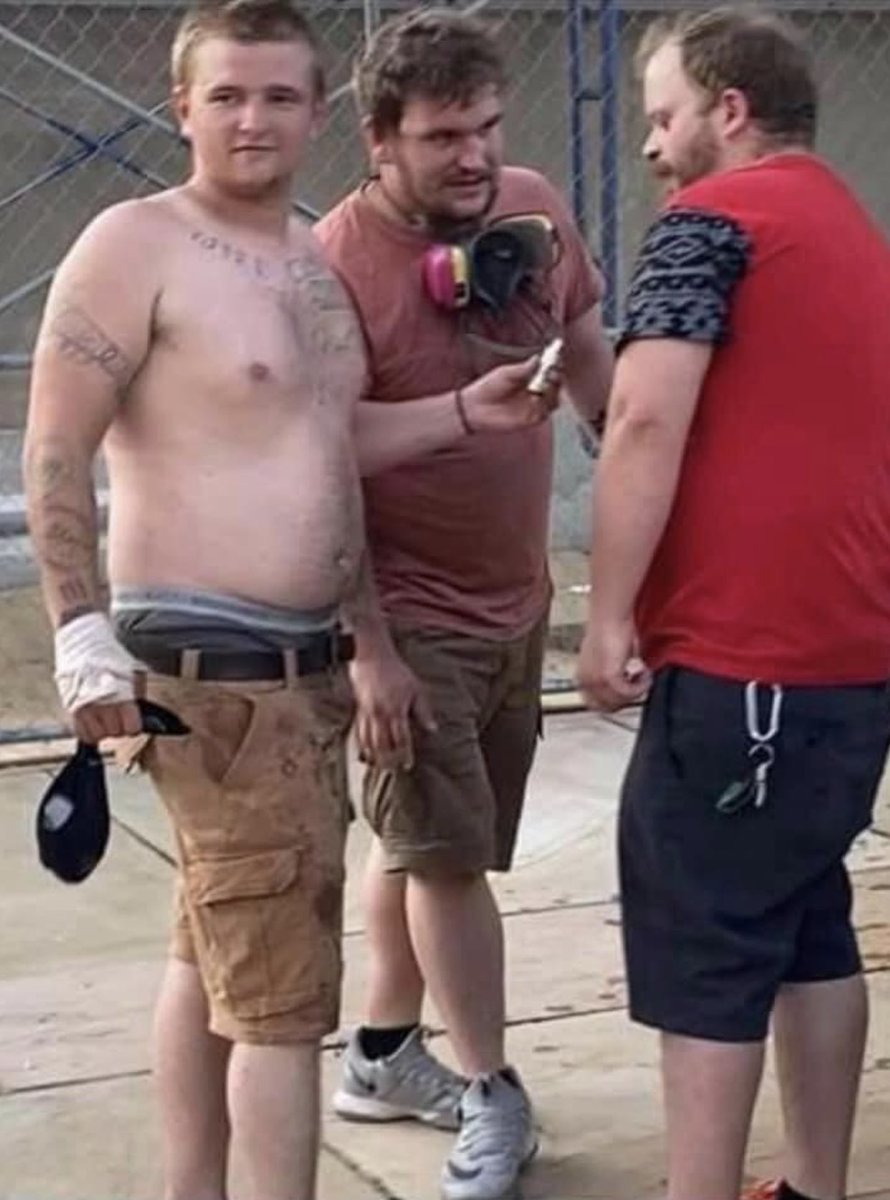 This guy, that burned Nashville’s beautiful and historically significant courthouse, he is a 3 percenter, a Trumper, a #MAGA. These white supremacist are fomenting the riots you see. Look at the tat on his left arm. Their goal: Civil War. #BarrLies 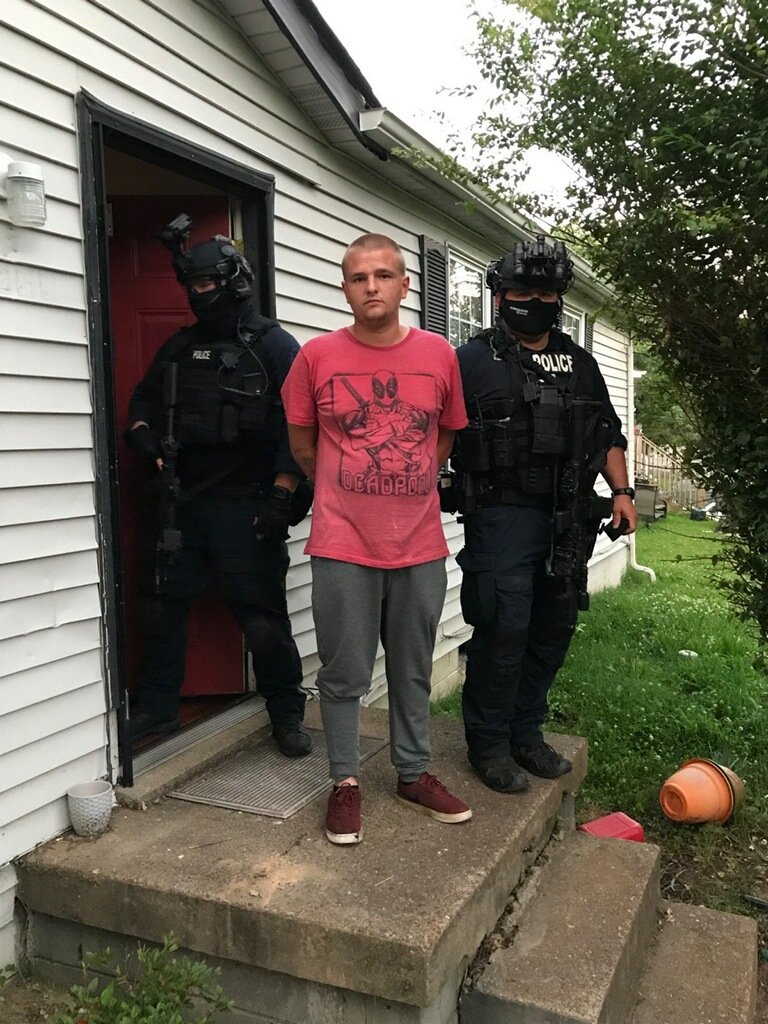 All police departments must go they the training NJ has. Big difference.
#DumpTrump2020
#BarrLies

Another example of police joining peaceful protest. This time in NJ. We MUST stop talking about police officers as a monolith. Police departments are made up of people with many different experiences and views. #ICantBreathe

(Flower children don't start fights, war, fires - but we know Repubs do. Look at trumpie, the "leader" of the Right)

#Barr is lying. Those with the most power usually get to frame the narrative. We can't let them lie their way through this.

@realDonaldTrump Why would the "far left" want to start the boogaloo? Isn't that the motivation of Trump's White Nationalist Movement? #TrumpsBoogaloo #GOPRascism #ICantBreatheAGAIN #BarrLies #AGBarrResign

@Birkeyinchitown @MollyJongFast @scccage He could be called Pigoccio. I think every time he lies his head gets fatter. He certainly seems fond of wallowing around in bullshit, that’s for sure. #BarrLies #VoteBlueToSaveAmerica

@JoyAnnReid Barr and Trump are both liars #BarrLies #DisbarBarr #TrumpLies

It appears #CoverUpBarr is lying once again. Preliminary reports actually provide evidence it's been organized violence by RightWing MAGAts. #BarrLies

@realDonaldTrump Your sewing circle is arriving 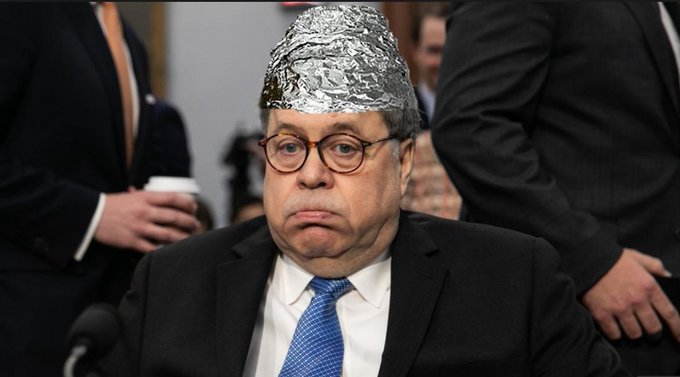 @maximillian_alv They are really going all in on this blame antifa bullshit. #BarrLies #JusticeForGeorgeFloyd #fucktrump #NoJusticeNoPeace #acab1312 #BlackLivesMatter #Ally

Bill Barr claimed the outside agitators are hard left activists. I don't know any left-wing groups who openly carry AR-15s at a protest. I think he be a #WhiteSupremacist. 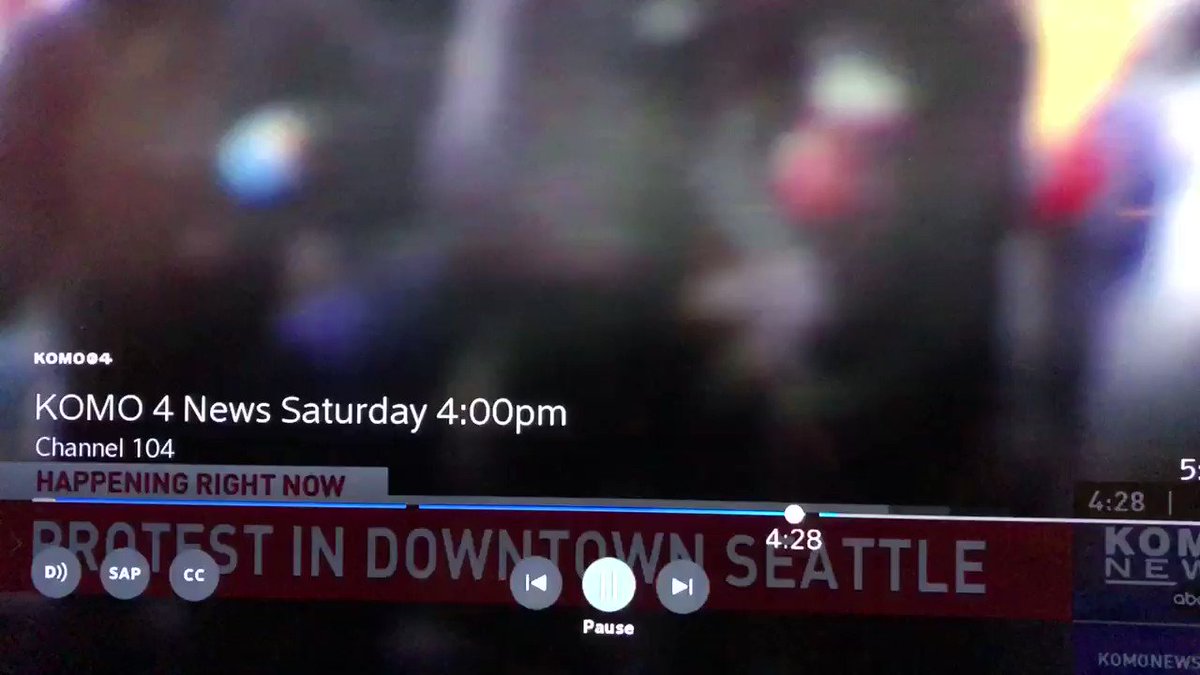 White guy in #seattle protest open carrying, what appears to be an AR15, has his weapon taken away by an undercover police officer at gun point.

I don't believe this for a second.... Barr blames 'far-left extremist groups' in violent protests

There has been zero evidence presented by AG William Barr or Donald Trump that “left wing,” anti-fascist (that’s literally what “antifa” is short for, is targeting or attacking black communities in Minneapolis or anywhere. And officials there SAID it is WHITE NATIONALISTS.

In other words, the opposite of what Barr said

This is the opposite of what we're hearing from folks in Minnesota. 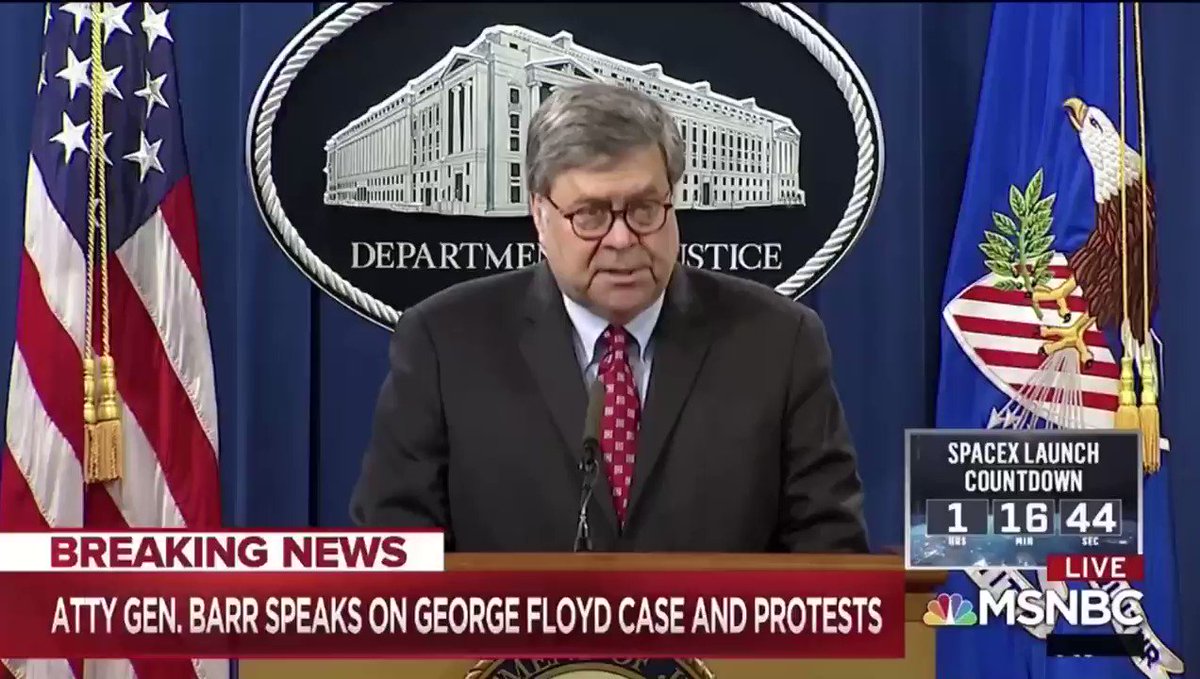 AG Barr: it appears the violence is planned, organized, and driven by anarchic and left extremist groups, far left extremist groups using Antifa like tactics... it is a federal crime to cross state lines or to use interstate facilities to incite or participate in violent rioting

Bill Barr is a fucking liar. The MN police never mentioned any leftist outside groups coming from other states to inflict violence in MN. Only white supremacist groups.

Attorney General Barr just said “far left extremists” behind riots. State officials referenced “white supremacist” groups which would not be “left” ... Idealogy of both extremes is what we’re actually seeing.

So now, the attorney general, Bill Barr, is attempting to pin the anarchy and infiltration, which is already documented as coming from white nationalist groups, on "left leaning" ANTIFA groups. The goal is to force the media to repeat that. What is his proof?

Bill Barr on TV now saying the violence and rioting is coming from “far-left,” “Antifa" without any evidence.

No evidence, took no questions.

But in fact MN govt officials are saying it is white supremacist and right-wing groups, per their investigations, evidence.

The Attorney General failed to acknowledge the white nationalists involved in the protests, as warned by every Minnesota official who has spoken today.

We are one nation. One nation in need of justice and healing.

I don’t expect this “president” to understand that.

But I do expect him to stop stoking the fires of racism and constrain his apparent zeal for bloodshed.

And if cannot, he can do the nation a service, and shut up.