@ThePlumLineGS #BarrMustGo Are there any protests regarding Barr? I'm 62 and I am sick that my children and grandchildren and more will live in a very different USA than I did. We need to let everyone to know, "We're mad and we're not going to take it anymore!" while we still can. 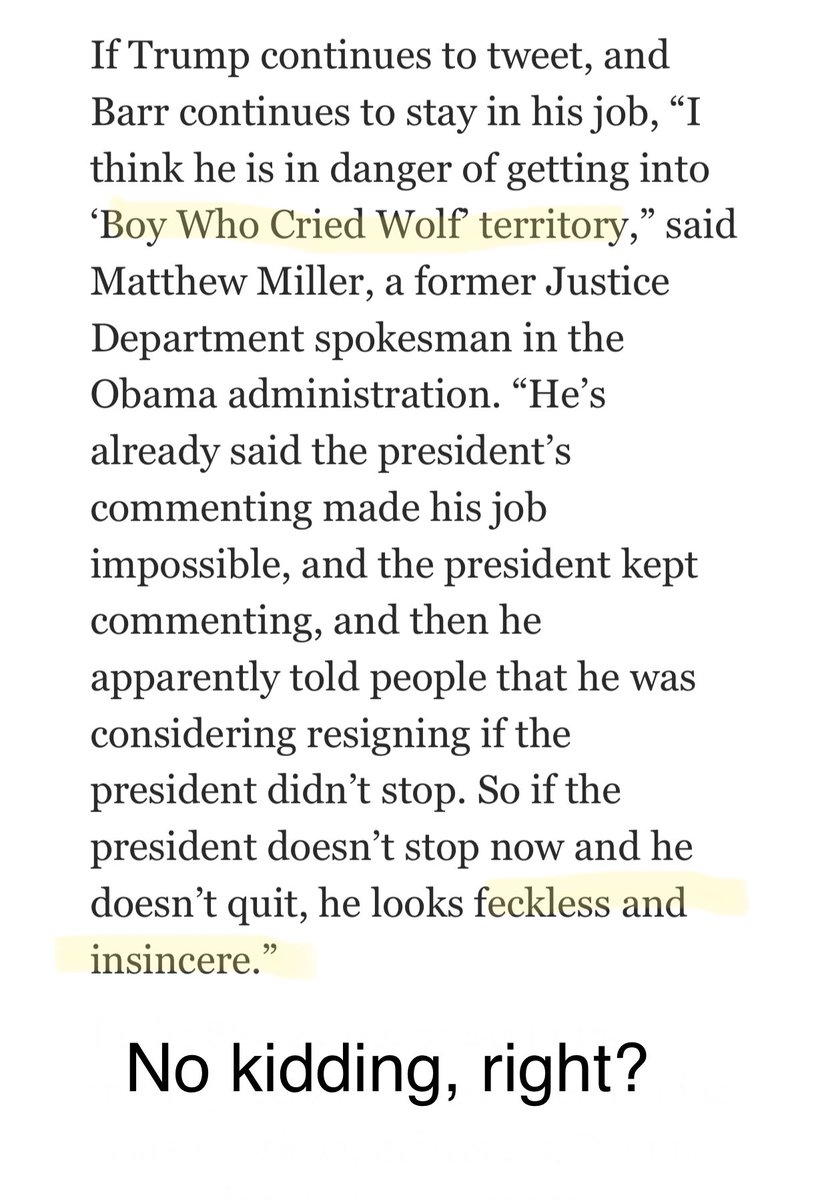 Right, Barr is “boy who cried wolf”, we all know it’s a lot darker, deeper and more criminal than that!

Wow... Barr is so desperate he gets someone who worked for Barr almost 30 years ago to vouch for him.

Is Terwilliger looking for a job now?

I was Barr’s deputy attorney general. He did his job in the Roger Stone case.

@saltygulf I don't believe Barr will resign. He has no morals, scruples or loyalty to America or our Rule of Law. He is trump's fixer, period! The @TheJusticeDept has been torn down and turned into a trump war room under his watch #BarrMustGo #ImpeachBarrNow

Oh Pleeeeeese!!! We all know this is all a charade! Barr is not going anywhere not does he want to. Let’s keep it real: he must resign! #BarrMustGo #BarrMustResign #GOPBetrayedAmerica and they keep doing it

@xBenJamminx @paulsperry_ There's #BarrMustGo who donated thousands to republicans right before he was appointed. What's your point?

@TheRickWilson @twitrcrzy If Barr were concerned about doing the right thing for this country, he’d have recused and/or resigned a long time ago.

He’s done a sh_tload of damage in one year.

@KerriKupecDOJ Shocked! (AG Barr is compromised. He not only mischaracterized the Mueller report, but seems to be helping @POTUS to erase the crimes of many of the president's co-conspirators. With his reputation in tatters, it is no wonder that AG Barr now feels ineffectual.) #BarrMustGo

This is B.S!!
BARR needs to go, NOW
Enough is enough, while we're paying TAXES!
Where is our representation?
Where's our response?

@MSNBC ok, bye. 👋🏼 don’t let the door hit ya on the way out. #BarrResign #BarrMustGo

That guy has to go. I've been saying he needs to resign but clearly that won't happen. Can an attorney general be impeached?
#BarrCorruption
#BarrMustGo @maddow Anyone else think he looks like Fred Flintstone? Of course I'm mixed up about it, because I don't want to insult Fred. I grew up with him after all. #BarrCorruption #BarrMustGo

🍑Wake the fuck up🍑

@SteveSchmidtSES Hey, not all of us are settled on Bernie being nominee. I have not decided but am not totally set on one particular candidate!! #DemDebate #CarnivalBarkingClown #BarrMustGo #TrumpIsAnIdiot #TrumpIsNotAKingTrumpIsClown #tRumpMustGo #IsAMajorRedFlag

I doubt Barr has told Trump to lay off the tweeting. It's more likely Barr is pushing for more pardoning and tweets 🆘 #BarrMustGo

In a fully functioning republic, this would trigger an FBI investigation of Rohrabacher. But this is a Barr Republic.

Great list of all the reasons why #BarrMustGo and a handful of people want to see #BarrResign. Great explanation of #TrumpIsGuilty and why a few people think #TrumpNotFitForOffice. Fully explains the concept of #CorruptGOP.

“Today’s complaint draws attention to the seriousness of Barr’s misconduct and his cavalier attitude toward the laws that he and other members of this administration have sworn to uphold,”
#BarrMustGo

@maddow Corrupt Russian GOP has been saying whats needed to be said & doing the exact opposite for years now, why the surprise with this crook? #BarrResign #BarrLies #BarrMustGo #BarrCorruption #MoscowMitch #LeningradLindsey

@JoyceWhiteVance Unless they are Republicans in impeachment trials who get to do it because they don’t call witnesses or subpoena dicuments. Or AG Barr who carefully redacts and selectively quotes reports to make false conclusions in his effort to obstruct justice and abuse power. #BarrMustGo

If you haven't signed yet, please do. #BarrMustGo

Can't we keep this simple, give Dem vote a REAL shot at defeating Trump, flipping Sen?
This doesn't have to be so hard..
For 1,let's NOT give damned GOP their preferred opponent !
They're picking BS for a reason...

Trump has power over DOJ, but he cannot use it corruptly. He also has a duty to take care that the laws be faithfully executed. Using DOJ to help friends or punish enemies is an abuse of power. Even appearing to interfere for political reasons harms trust.

Tens of thousands of you have demanded Bill Barr’s resignation in the last two days. Help us reach 100k calling for him to resign for the good of our democracy.

Analysis: How long will Barr let Trump make him look like a stooge?

An investigation into the multitude of wrongdoing by Attorney General Barr is long overdue. We’ve filed a complaint to compel the government to act.

Let's just clarify this one more time: Bill Barr is playing y'all. 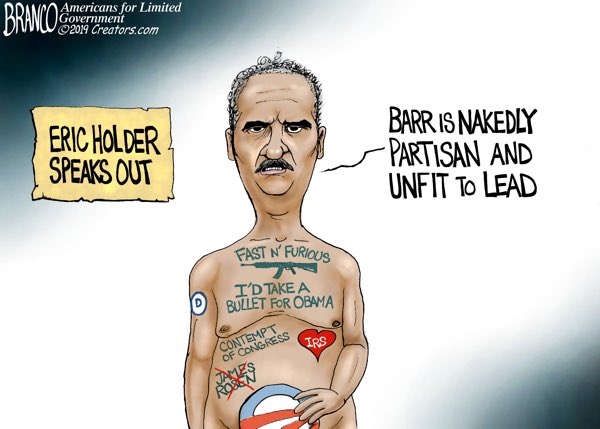 Barr does not care what trump tweets. Barr will do and say anything that furthers the power and influence of his fellow religious sycophants. 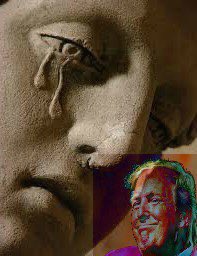 @Strandjunker The corruption is so deep. Who knew the institutional underpinnings of our republic could so easily be torn asunder?