@lorigbakker What would Jesus say about #FakeChristian grifters selling phony cures ? You and your criminal husband have dollar signs when the virus wiped out thousands of people. #emptythepews

@charliekirk11 Take Jesus out of your bio. “Thou shall not spread fake news.” #FakeChristian #FakeNews

I Love My President

@steven_l_cox @MarkLog99454252 .@PeteButtigieg is a well known #Marxist & shouldn't be preaching about a bible to anyone when he breaks God's law in Leviticus 18:22.
Pete is a #FakeChristian

@BrandonBeckham_ @realDonaldTrump @BrandonBeckham #FakeChristian doesn’t understand that Trump created the problem for the Farmers, then uses a socialist policy to bail them out, and thinks tariffs provide the money for the bailout. Lol Trump supporters are so dense you could sell them solid lead life preservers.

@GKeile Why would an alleged Christian minister conduct a marriage ceremony for two Muslims? #FakeChristian

@BrandonBeckham_ @realDonaldTrump Not only are you a #FakeChristian you clearly understand tariffs as well as Trump, which is at the “I seriously have no effing idea how any of this works” level. Also I’m guessing you’re against socialist policies since Trump is, and that’s exactly what the farm bailouts are.

@BrandonBeckham_ @realDonaldTrump @CNN @TulsiGabbard @TeamTrump @TheDemocrats It's TRUMP'S OWN INTELLIGENCE AGENCIES who are warning ALL OF CONGRESS!

You're spreading a narrative that does NOT include the fact that Trump's OWN Intelligence people warned ALL OF CONGRESS -- It wasn't partisan!

And then you want to HIDE behind Christianity??

@AlisaRKCBF @TheSecretAgent3 @Discover Last I checked, this is a post from Discover regarding the inclusivity of LGBTQ people. You're the troll, trying to make everybody fit inside your black and white box. Time for you to run off to one of trumps hate rallies to get grabbed. #FakeChristian

@BrandonBeckham_ @realDonaldTrump @BrandonBeckham Have you ever failed to reply to a Trump tweet Brandon? Is that what doing God’s work is?
#FakeChristian

As a quadriplegic and American, I will not forget tRump's vile disrespect for not only 20% of Americans, but humanity as a whole! 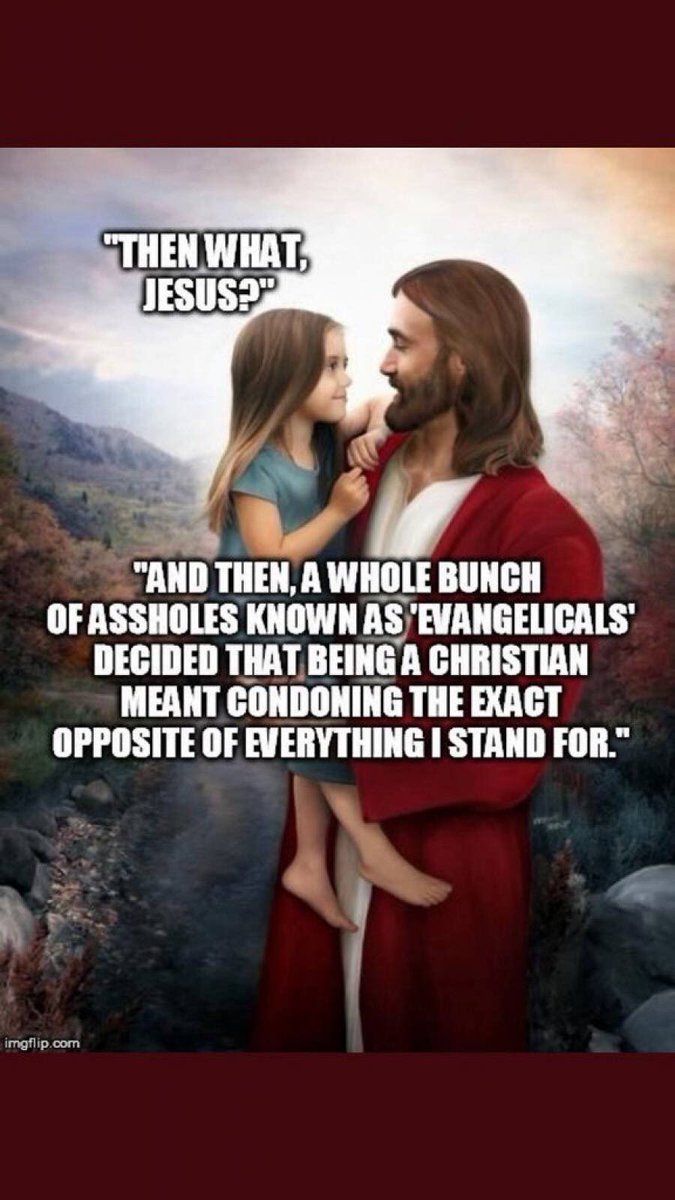 @mikecollins2141 @Bud10818736 I can't IMAGINE why he would say that #Trump wasn't a Christian! Haha Uh OH that's going to make the #FakeChristian EVILGELICAL #CULT45 who worship him and not actually God very ANGRY when they hear that! Will they be DENOUNCING or boycotting the Pope now or call it BLASPHEMY? 🙄 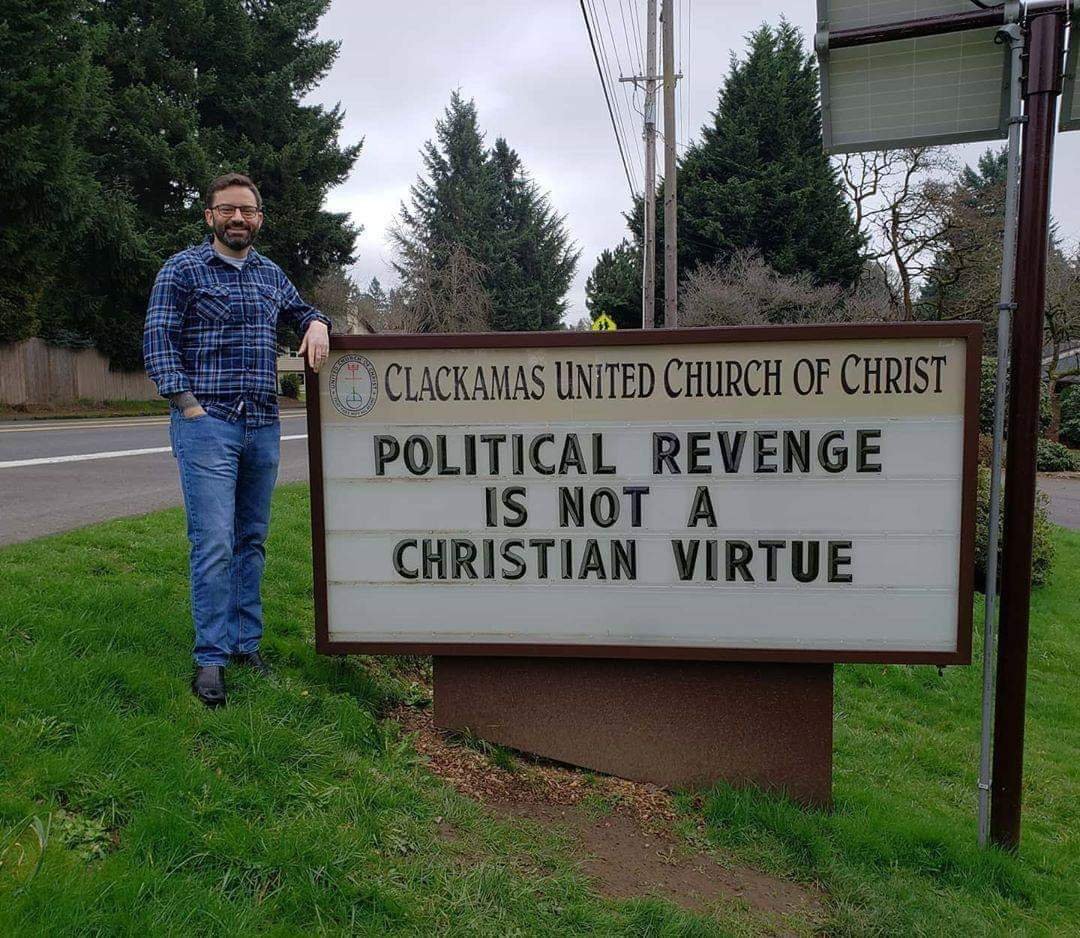 @BrandonBeckham_ @realDonaldTrump @IvankaTrump @GOP Sister Christian the only time he would “uplift women” is if he grabbed them by the p***y and lifted them into the air. #FakeChristian 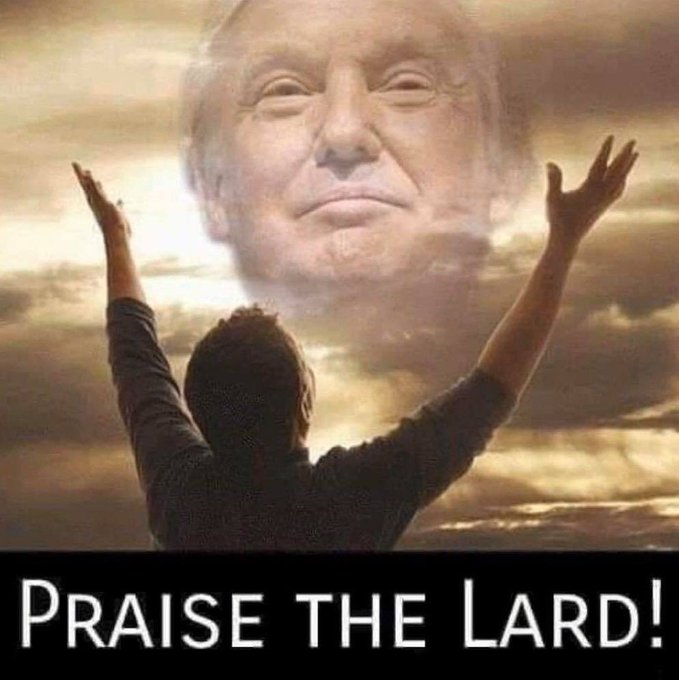 #trumpcult #Cult45 #FakeChristian Pro-Trump talk show host: ‘I saw Jesus Christ emanating from Trump as he came down the escalator with Melania’ - 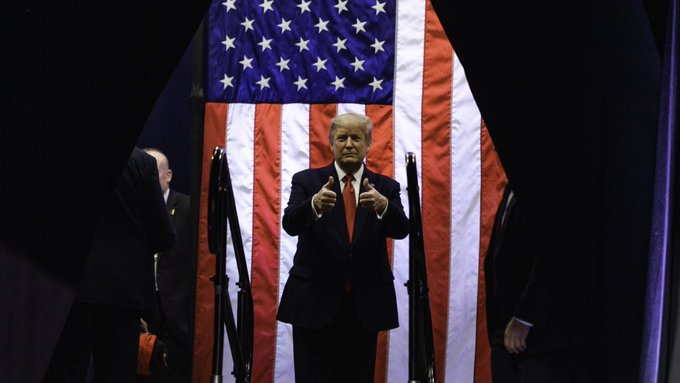 @BrandonBeckham_ @realDonaldTrump @TeamTrump @TheDemocrats #FAKECHRISTIAN. You don’t know anything about that A lawyer that doesn’t lie. Lmao. Read the mueller report. I’m sure you can do it

Not Exactly What I Saw

What did YOU See?

Pro-Trump talk show host: ‘I saw Jesus Christ emanating from Trump as he came down the escalator with Melania’ -

Trump's Spiritual Advisor Says She Visited Heaven, Met God, and Then He Sent Her Back to the White House