Trump Efforts to Oust the Disloyal Heightens Unease in Administration TRUMP OPERATES LIKE A MOB BOSS WHERE HE'S "KING". HE'S A WOULD BE DICTATOR WHO THINKS HE'S GOD. #VoteOutGOP partners in crime & #ImpeachTrumpAgain then #ImpeachBarr

@JoyceWhiteVance He's done this before as AG.

I hope the idiots who confirmed him feels stupid now.
This guy (Barr) is a known weirdo with extreme views about presidential power.
On top of that he is a religious zealot.

Reminder: Attorney General Barr has yet to testify about political interference in the Roger Stone case. Judiciary Chairman Graham must hold a hearing immediately.

@PostOpinions @MaxBoot Not surprised that he'd think that, considering his views supporting an imperial presidency. People in power have often used religion to manipulate and control "the masses."

Even Republicans Think Bill Barr Is Trash via @YouTube Wake up GOP!!! Listen we have a CRIMINAL in our White House! #ImpeachTrumpAgain #ImpeachBarr #AmericaFirst 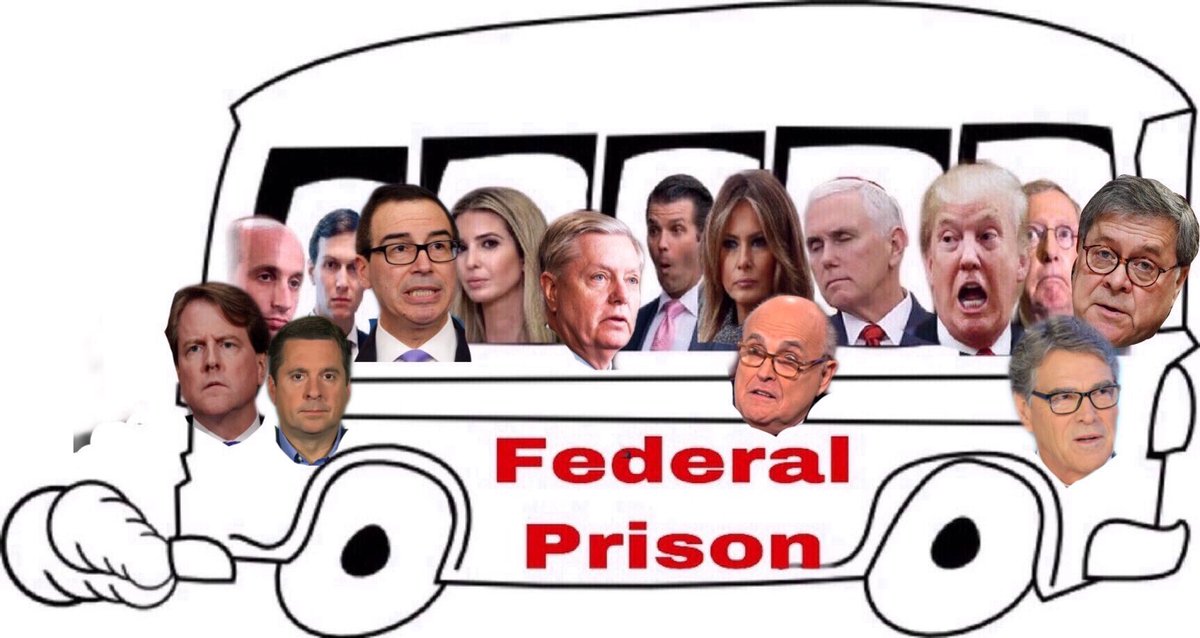 Laws have been broken over and over again by #GOP #KremlinKlan. It is time #WeThePeople fight for our democracy! #2020election #ImpeachTrumpAgain #ImpeachBarr

#ImpeachBarr in order to preserve our democracy from the psychopathic autocrat, #TheOrangeBloviator.

This is a dirty, vicious lie.

People will die because of what he's doing—so he lies about it. Presumably he thinks those it hurts will end up dead anyway—so how could they hurt him?

If you need a refresher on the Mueller Report’s findings about Russia’s disinformation operation in 2016, check out @just_security’s expert summary of this section

It’s almost as if Charlie Kirk is a total liar. And by almost I mean.....

Our Intelligence officials are doing their job to protect our democracy and Trump is punishing them.

But Trump can't fire members of Congress―we must protect the integrity of our elections against Russia's ongoing interference. Our democracy is at stake.

@johncardillo @realDonaldTrump Hahaha ... did you hear the one about Trump gutting the safeguards put into place to prevent another 9-11? Why would Trump do that? Who could it possibly serve?

It’s gonna be wild when Grenell dismisses all the intel analysts and replaces them with the Reddit shitposters that apparently inform his thinking.

Richard Grenell, Trump's new spy chief, did not disclose payments for advocacy work on behalf of a Moldovan politician whom the U.S. later accused of corruption, ProPublica reports. His own office's policy says that could leave him vulnerable to blackmail.

The head of WH personnel allegedly had financial/gambling issues.

The acting DNI failed to register work under FARA.

Ivanka and Jared have massive foreign financial and government exposure.

But sure, tell me again about my client who smoked a joint needs to lose his clearance.

@PreetBharara Nearly 80,000 citizens + 2k former DOJ officials are demanding Barr's resignation! So it's worth noting that the WH and Lindsey Graham have felt pressed to come out in his defense. Barr is now scurrying to the WH! Keep up the pressure! Add your names too!