#PutinsPuppet will do nothing and #PutinsGOP will enable him. Are you listening, @LindseyGrahamSC @SenatorCollins and @SenCoryGardner??

We need to disband ICE! This organization is packed with Racists and Thugs. #AbolishICE #DefundThePolice #PutinsGOP 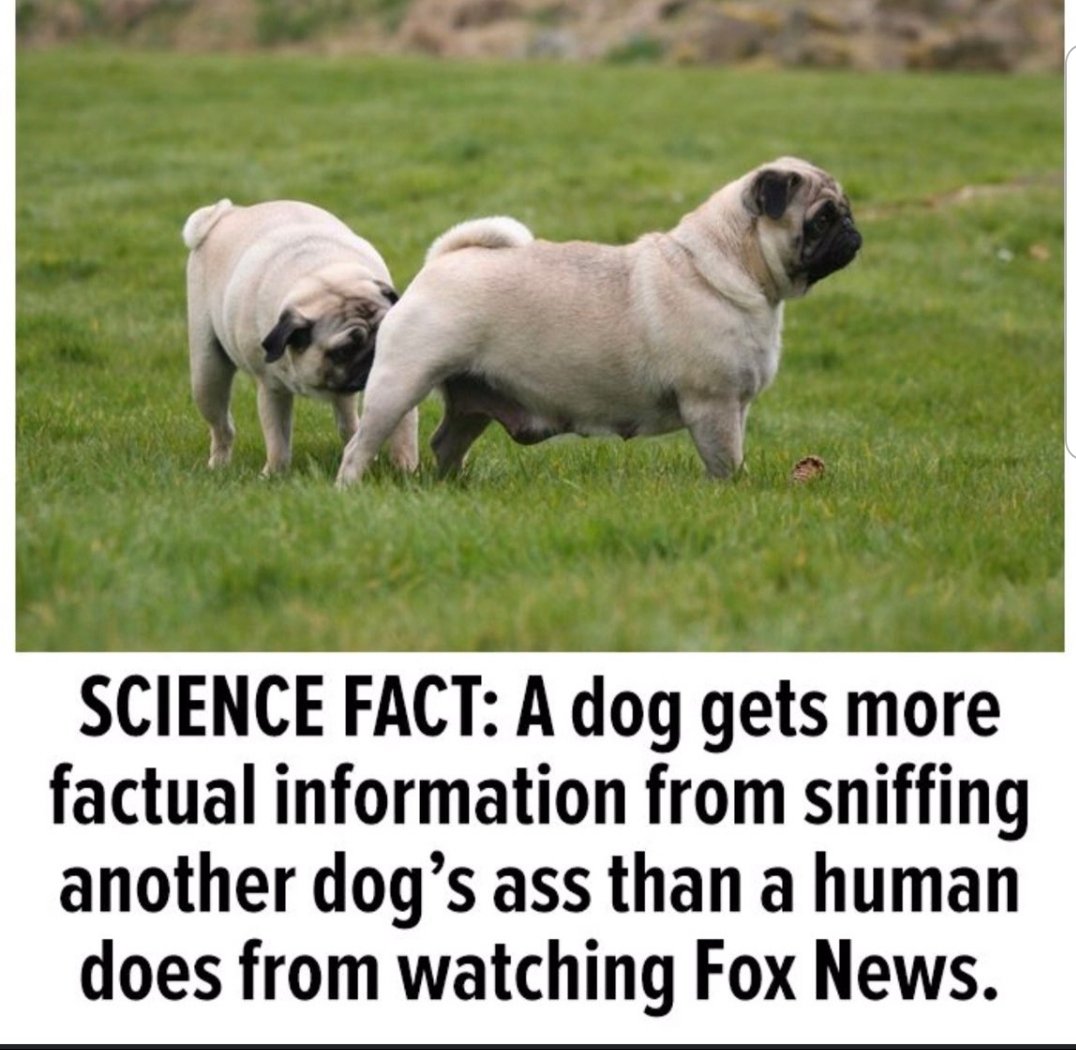 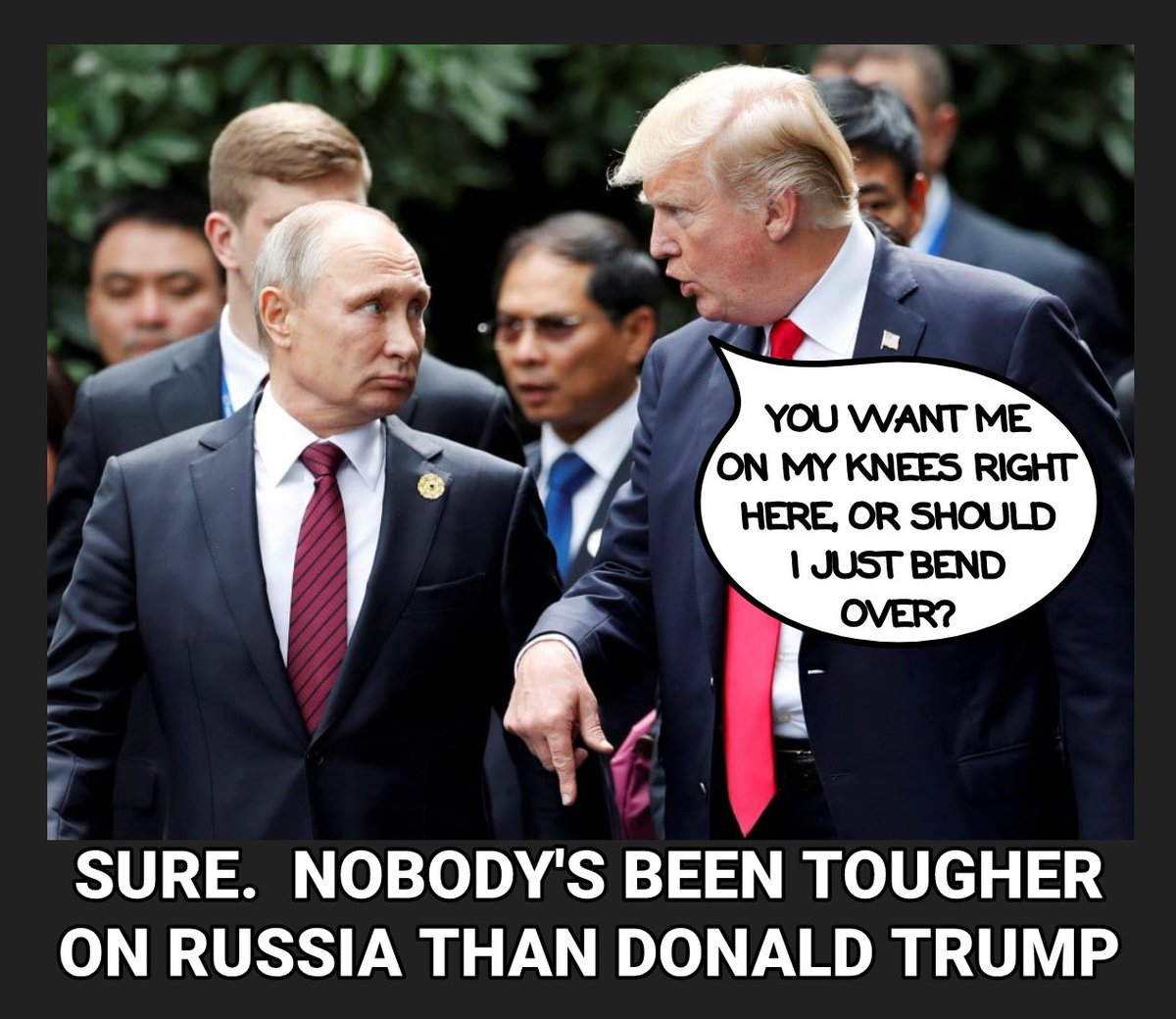 Sen Grassley @ChuckGrassley and Sen Ernst @SenJoniErnst You investigated Clinton's emails since her private server could be a security risk. How about some investigations into Trump giving classified information to Russia, even as they funded the Taliban? #PutinsGOP

@Malinowski @karolcummins That wannabe-president has more pressing needs. The secretary is wholly devoted to spending his time lying about alleged Chinese origins of the #trumpVirus that's killed 132,000+ US citizens. Small wonder #putinsGOP #bountyGate are tags he hopes to avoid.

Senator Ernst @SenJoniErnst You are featured in this ad! I'll never forget that you held a sham trial and voted to acquit Trump, even knowing a pandemic was coming. YOU put him in charge. Now you have abandoned our troops and let Trump reward Putin. #PutinsGOP

@ProjectLincoln ALL of them at #PutinsGOP
MUST GO! 🐺

#PutinsGOP in Congress is rife with idiot psychopaths.

It’s getting to the point where I’m wondering if Putin is making “campaign donations” to GOP candidates and PACs in return for the GOP’s disgraceful handling of the pandemic.

THREAD. Read this piece if you already haven't. And then consider where this, and the Russia bounty scandal, fits in with the bigger picture of Trump's responses -- *especially to activities conducted by the GRU*, Russia's military intelligence service. A refresher:

In14 min. we will know if the Courts can hold against the #RussianCoup and #PutinsPuppet
Will they comply with #PutinsGOP

@GOP You want us all to die. #PutinsGOP 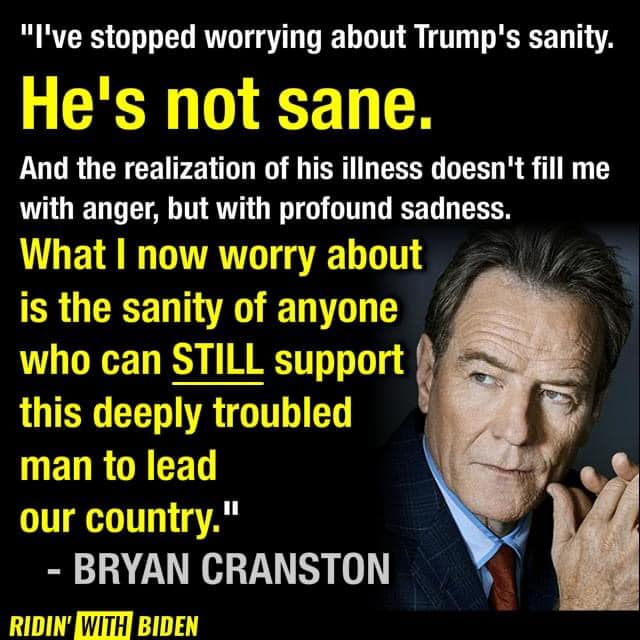 @realDonaldTrump COMPARE THE EUROPEAN NUMBERS TO AMERICAN NUMBERS! DID PUTIN PAY YOU TO KILL AMERICAN CITIZENS LIKE HE PAID THE TALIBAN TO KILL MARINES?

The current occupant of the WH wants to talk about schools and threats. Instead, here is today's reminder that DONALD TRUMP IS LETTING THE RUSSIANS KILL AMERICAN SOLDIERS AND LETTING CORONAVIRUS KILL AMERICANS. HE DOES NOT WANT YOU TO TALK ABOUT THIS. Please, do not RT!!!!!

This thread may become the noose Trump carelessly hung around his own neck: @rgoodlaw uncovers what could be the precursor to #BountyGate 👇🏼

Dear GOP, this treason is on your head. You’ve known all along and did nothing.

Beating him will take a movement. @AmyMcGrathKY and I spoke, and I shared this with her. I also gave suggestions on things to consider in an effort to work together. Talks are ongoing.

Trump revealed highly classified information to Russia’s Lavrov, but US Air Force veteran #RealityWinner was sentenced to five years in prison for leaking the NSA report that showed Trump was lying when he called Russian interference “fake news.” #FreeRealityWinner 🥵

I've been asked several times why is @ProjectLincoln going after Republican Senators. The answer is very simple.
Everytime they had a choice between America or Trump they chose Trump. Everytime. Their silence is complicity.
This is a time for choosing.
#AmericaOrTrump

The latest. We reject completely that US Senators are Trump hostages. These are some of the highest elected officials in the country. They had the power to check this disaster. Instead they fueled it with their cowardice, complicity and silence. It has been disgraceful.

We told you; the mission is to defeat Trump *and* Trumpism *and* his enablers.

The Senate GOP bought the ticket.

Get ready to take the ride.

Either Donald Trump learned 12 days ago that Russia reportedly has offered bounties for the deaths of American Soldiers or he was briefed on it months ago.

Whenever he found out, he’s done nothing to protect our troops since then.

Our Troops deserve a real Commander in Chief.

Things that should happen:

Wow. ICE's Chicago Field Office is asking people enroll in a pilot program for a "Citizens Academy" for Enforcement and Removal Operations.