Seem no one cares.

As batshit as this is, don't forget Bill Barr is interfering in the investigation and prosecutions of trump and his friends.

@Rudedrew63 @grantstern Let’s not lecture on corruption when you’re the party leading the way. #ResignBarr

Thank you for sharing this Jimmy Lohman on Bill Barr! #ResignBarr

@56blackcat If his name was Roger Stone, he'd have been acquitted and awarded $750,000,000,000,000 in compensation for his pain & suffering. OTOH if he had been a person of colour, he'd be staring down the barrels of forty years in jail. #resignBarr

Buzzflash interviewed me about being harassed by Bill Barr for my pro-civil rights views in middle school -- and my lifelong awareness that he is an actual fascist. #BarrReport #BarrFascist #BarrSedition #BarrLiesMatter #BarrLies #GOPLies #TrumpLies 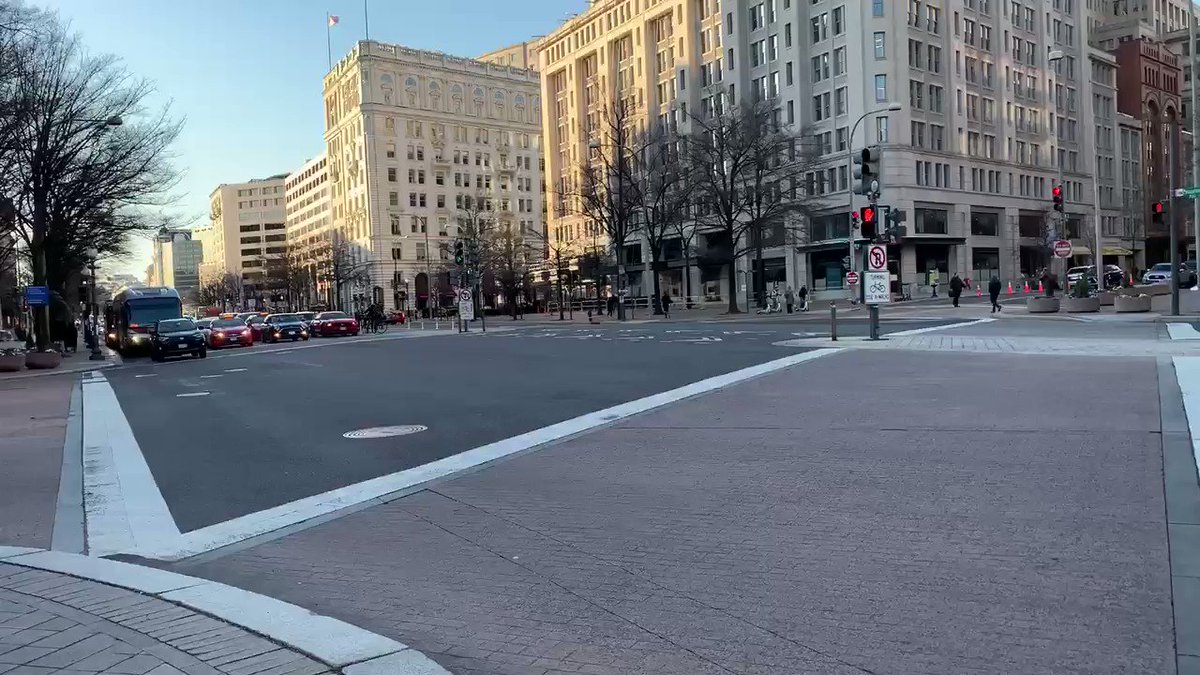 @anniesmallie @BuddJenn The Republicans are cowards. What I find is that even small protests make them nervous.

I was at DOJ yesterday with a sign that said #ResignBarr . Will be back Friday. 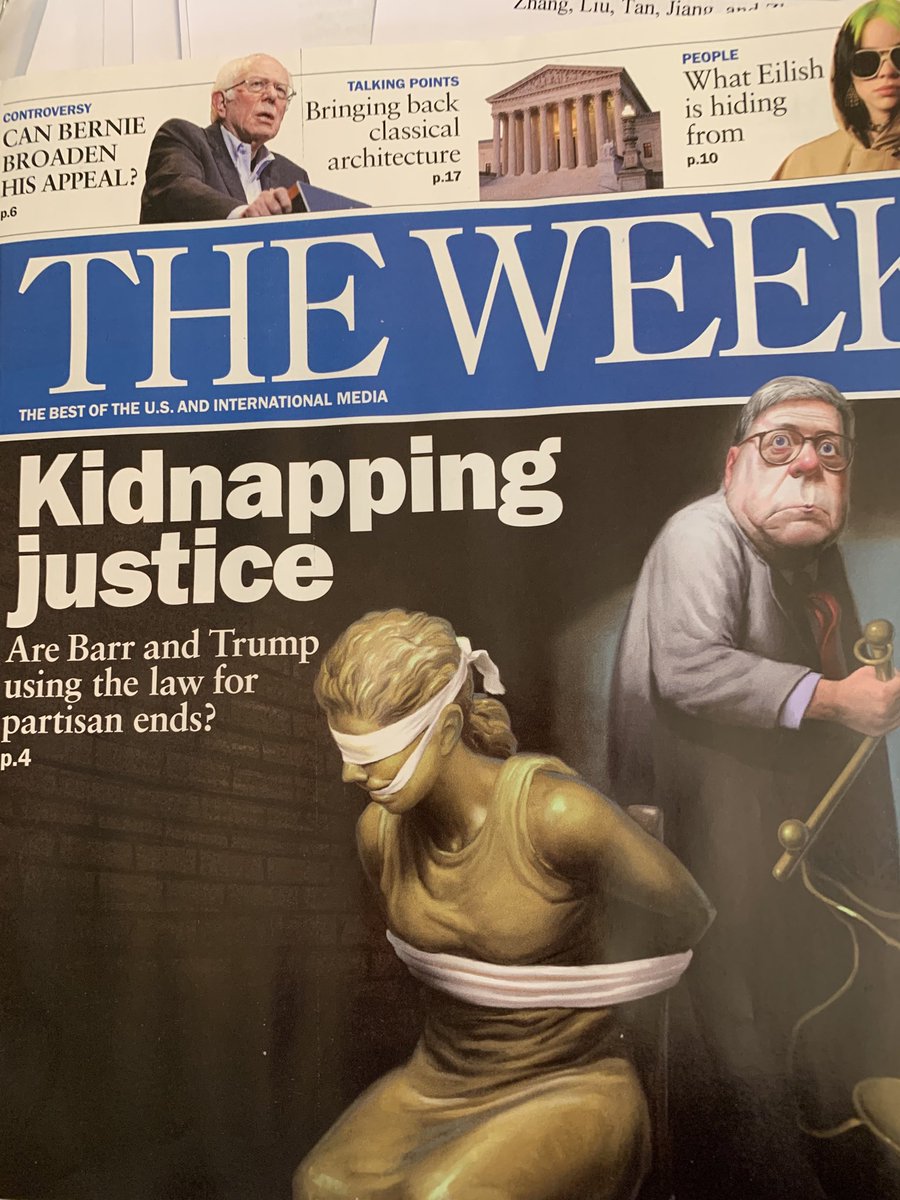 The front cover of this week’s issue of The Week. #BarrMustResign #ResignBarr #RuleOfLaw 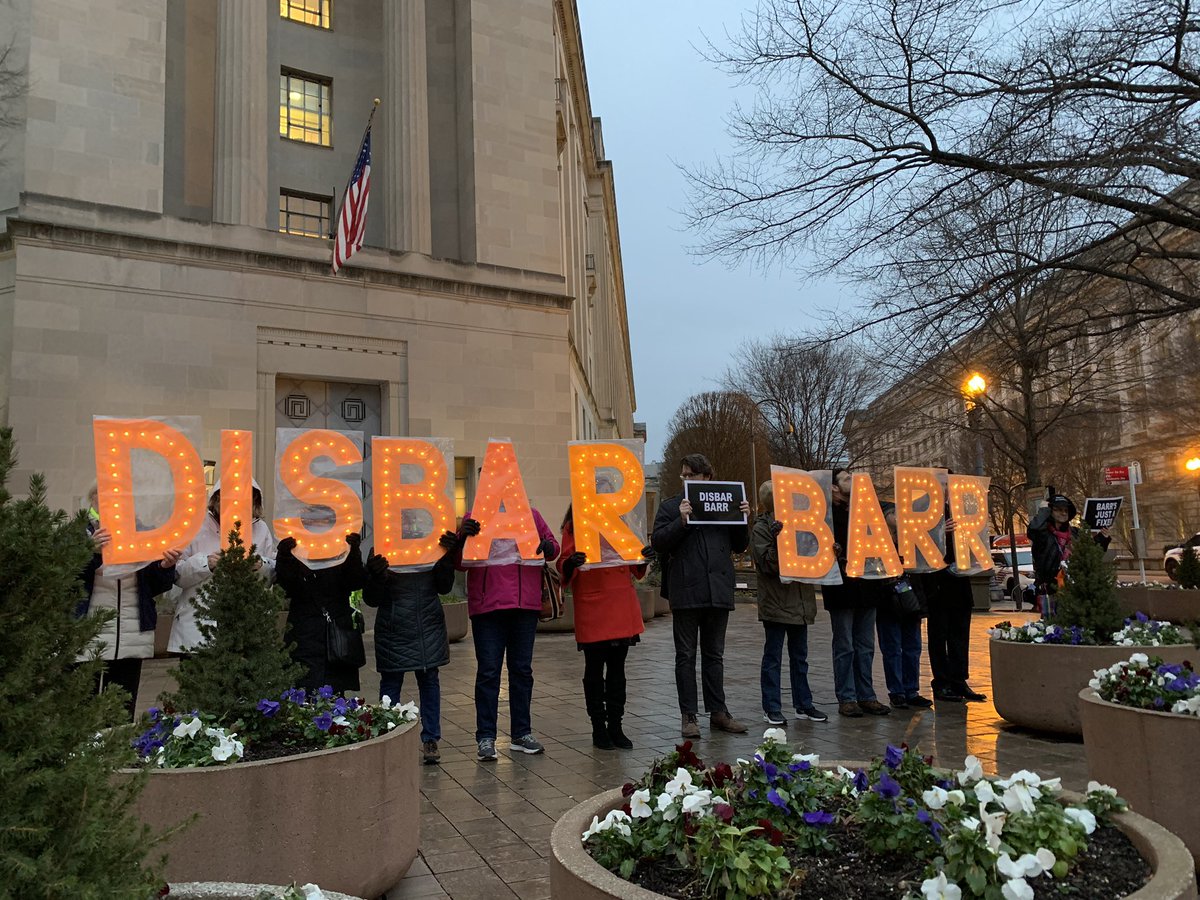 @matthewamiller We’ve been protesting at DOJ. Saying #ResignBarr and #DisbarBarr! 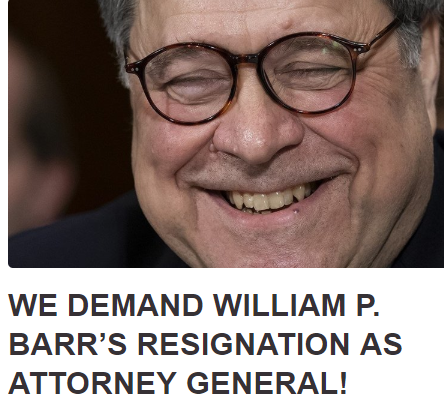 BILL BARR is nothing more than a CORRUPT MOTHERFVCKER and a THREAT TO DEMOCRACY!

@JoyAnnReid @GOP We received 2 of these fake census forms. They hit the recycle bin along with the rest of the junk mail. #resignbarr

@IJefTomI @aravosis Who are you trying to kid? Trump loves himself + ONLY himself. Literally every single person, place, or object is nothing but a prop, a tool, a pawn, or target + that includes his own family.
#RussianInterference #TrumpRussia #TrumpRussiaCollusion #ImpeachTrumpAgain #ResignBarr

dramatically increased his Tweets about DOJ cases since Barr

told him he must stop. Save face and #ResignBarr

They all are in this position. Blackmailed that is. Trump only hire those that can be found guilty.

Yet another dump for the dump.

Why he can tell his supporters it's a lie. Because he fires the truth tellers.

Today's @GOP knows of just one way to win, and that's to cheat and deceive. They have no talent, integrity or trust to offer. @SenateGOP & @HouseGOP, especially @LindseyGrahamSC & @senatemajldr, placed the cherry on top of the mound of kaka @newtgingrich and Nixon began.

I suspect most of his frivolous lawsuits will end up just this way, but @devinnunes is suing not to get justice but to pump his email fundraising and get booked on Fox.

This is what happens when evil consumes you.

Hey, @Velshi, what happened to #ResignBarr? Yesterday's news? Not really important to everyone?
Come on, America, every single day, RESIGN BARR. Multitask!
#Velshi

The right conspiracy theorists. The brainwashing will soon end Thank God. The trump supporters are being left behind. And continually lied too.

Jackson’s decision and her solemn, nonpartisan determination stand in stark contrast to Barr and the Justice Department, whose credibility has been marred, writes @JRubinBlogger 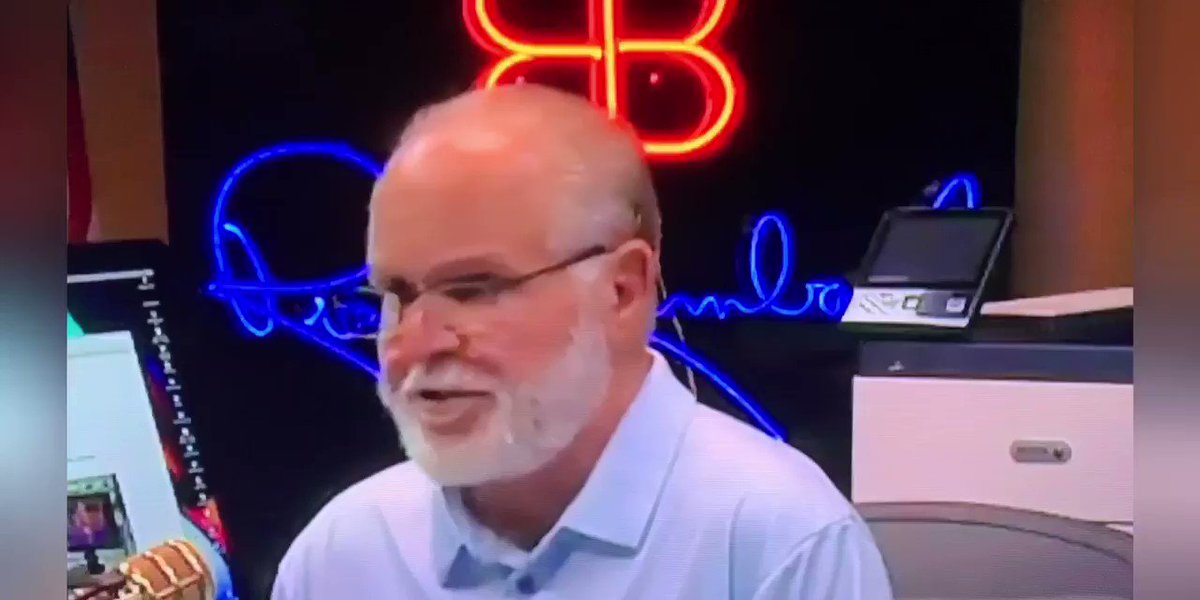 Remember when I said Rush Limbaugh has done the most damage to our country? I stand by it, and this is why. Day in, and day out, he has been brainwashing people with the most outrageous, horrific, lies and he goes unchecked.

Unfit to be dogcatcher.

And importantly, Bernie was told about it. He was briefed. Just like Trump years ago. And just like Trump, he’s doing nothing about it.

I am sick of Russia choosing our election. Let’s give them what they don’t want. Joe Biden

"Richard Grenell did not disclose payments for advocacy work on behalf of a Moldovan politician whom the U.S. later accused of corruption. His own office’s policy says that could leave him vulnerable to blackmail."

Bill Barr asked Trump to stop tweeting about DOJ cases. Trump has made a mockery of him in the eight days since.

@MMineiro_CNS Barr has definitely instructed Crabb to backtrack on the 2nd memo and argue for a higher sentence - to cover his own arse.