@JuliansRum @Jane_Q_Patriot @JohnBrennan is going to Jail. He is hoping #trump2020 loses so he can RIM @JoeBiden butt hole. To get out

@TorontoStar @davidvkiser bad corrupt cop vs Mafia don. I rather be mafia don than be bad corrupt cop. #Esper & #MattisSpeaks have shown what #Trump really is & #Trump2020 get ready for #TrumpOut2020 I bet #Floyd never thought he'd be national hero but today he is for uniting people.

@RyanAFournier Tell that to the celebrity libtards who have been screaming it since 2016.
#Trump2020

Great job today during your briefing with those incompetent so called "journalists" who kept repeating the same questions. They're so obsessed with @potus going to that Church

Patriots🇺🇸do your own research ask your own questions take nothing for granted trust but verify connect the dots come to your own conclusions... #FalseFlag
#Trump2020
#ArrestSoros
#ArrestObama
#GreatAwakening
#WWG1WGA
#GodWins

Yankee in the South

@SaraCarterDC @HawleyMO Rosenstein was too far up the food chain and too close to the Flynn Frame-Up fire to not know what was going on.

Let's remember that mattis resigned because trump was pulling out troops from Syria. Madus works for the industrial military complex. And he is mad You know what I mean
#Trump2020

@realDonaldTrump Please pickup the pace on this. Would be appreciated Thanks #WWG1WGA #TRUMP2020

@itsJeffTiedrich @realDonaldTrump No, the entire country breathed as sigh of relief as the rioters were squashed last night. #LawAndOrder #Trump2020 #MAGA

@JoeBiden When you say "this" you mean you right... Because that's the way I read it... If thats the case then yes I agree.

A traitor and maybe well paid by the Democrats

@AmyShiraTeitel Excellent ad. NASA has a better budget and is not doing Muslim outreach because Trump is POTUS.
Maybe you think the world of Obama but what did he do for space exploration?
#Trump2020

@AP Matthis is a sleeper. Trump is the best President we EVER HAD in our life. TRump is protecting us. What do they have on Mattis? Book deal? He is old and washed up. What on earth do they have on him? Trump is our last hope. They are trying very hard to oust him #trump2020

@realDonaldTrump You have the mentality of a five year old child in the school playground.
"Well, if he doesn't like me then I don't like him either! In fact, I've never liked him! I didn't want to be his friend anyway!"
#Trump2020 #Trump #childish

Somebody make me feel better. Polls, pandemic, riots, I am getting a little worried about the elections. Please tell me #SleepyJoe is really gonna fumble bad or investigations are about to blow wide open! #Trump2020

@realDonaldTrump We want you back as president #Trump2020 God bless you. #HarHarMahadev

@JoeBiden He’s been working and offering a lot. Tell your brain to come back from out of space Creepy Joe #asianfortrump #maga #trump2020

This is a disgraceful situation for our country.

These people must be held accountable! 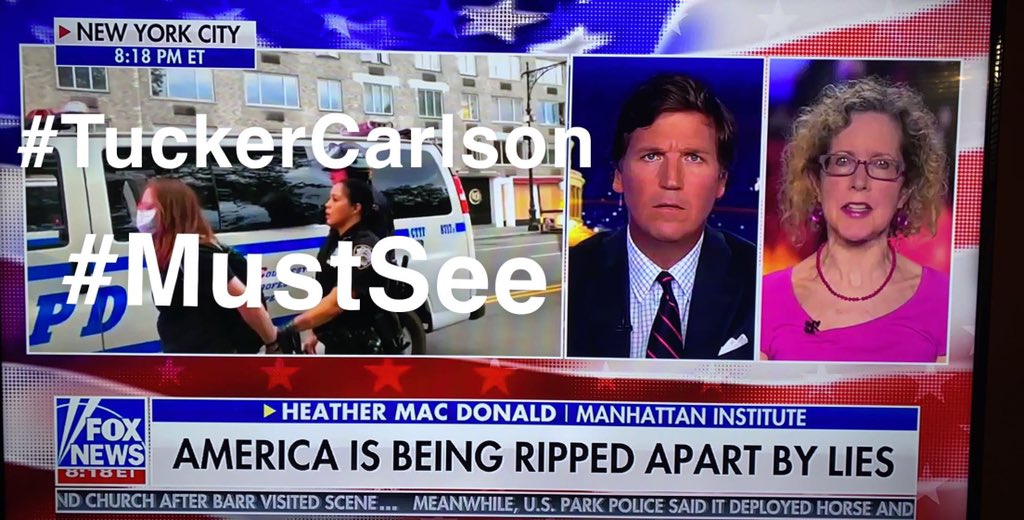 #TuckerCarlson might have the most important show ever on American television. Heather MacDonald says Western Civilization is at stake right now. That is not an overstatement. I fully agree. I was so depressed over that fact all day yesterday. #FoxNews

@Acosta The President and his congressional enablers present a clear and present danger to the US Constitution and the United States that it formed.

We need some fun now that the corona is magically erased from this reality......

Breaking News: “He tries to divide us.” Jim Mattis, the defense secretary who resigned in 2018, issued his harshest criticism yet of President Trump’s leadership.

No American, from any community, should ever feel unsafe on our streets—and that includes those who risk their lives to protect us.

The rule of law applies to everyone.

President @realDonaldTrump wants justice for all, with no exceptions.

Apparently we now have to apologize for what color we were born...

I've about had enough of this BS, you?

Yesterday, our monstrous, despicable president assaulted Americans engaged in peaceful protest for a photo op. He could be reelected.

I wrote a few mean texts four years ago and have been rained down with insults and attacks ever since. But I'm the fucking coup plotter.

#WESTVIRGINIA... DID YOU KNOW THAT YOUR PRIMARY DATE HAS BEEN MOVED TO JUNE 9, 2020?

@POTUS needs you out voting on that date. Pls #VoteRedToSaveAmerica....

#DemocratsAreDestroyingAmerica & it’s all up to you!