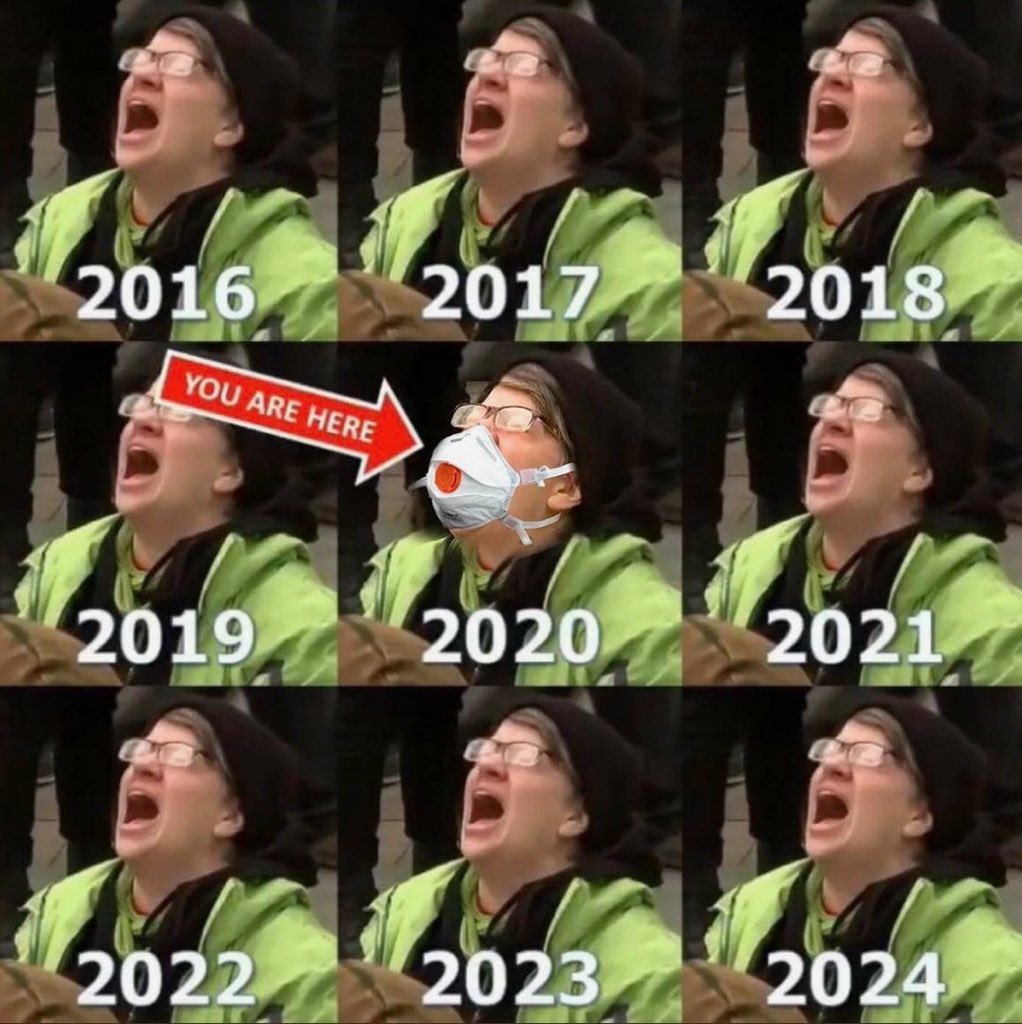 Let's be clear: He walked over to that church - and held up a book he's never read - because the hashtag #BunkerBoy bruised his fragile f****** ego! #trumpPressBriefing

Seriously did he just hold up a bible in front of a church for a photo opportunity. If that’s your response to Black Lives Matter and George Floyd then you need to be removed from office Immediately. stop inflaming the situation #trumpPressBriefing #trump #BlackLivesMatter

@SenSchumer, @SpeakerPelosi and @JoeBiden: now is the time to make a joint statement on the present state of America. Stand with the people. We need leadership now!

Ok... This has just got weird and awkward... He is holding a Bible in front of a boarded up church... WTF is this? #BunkerBoy #BlackLivesMatter #PoliceBrutality #TrumpResignNow #TrumpIsANationalDisgrace #trumpPressBriefing 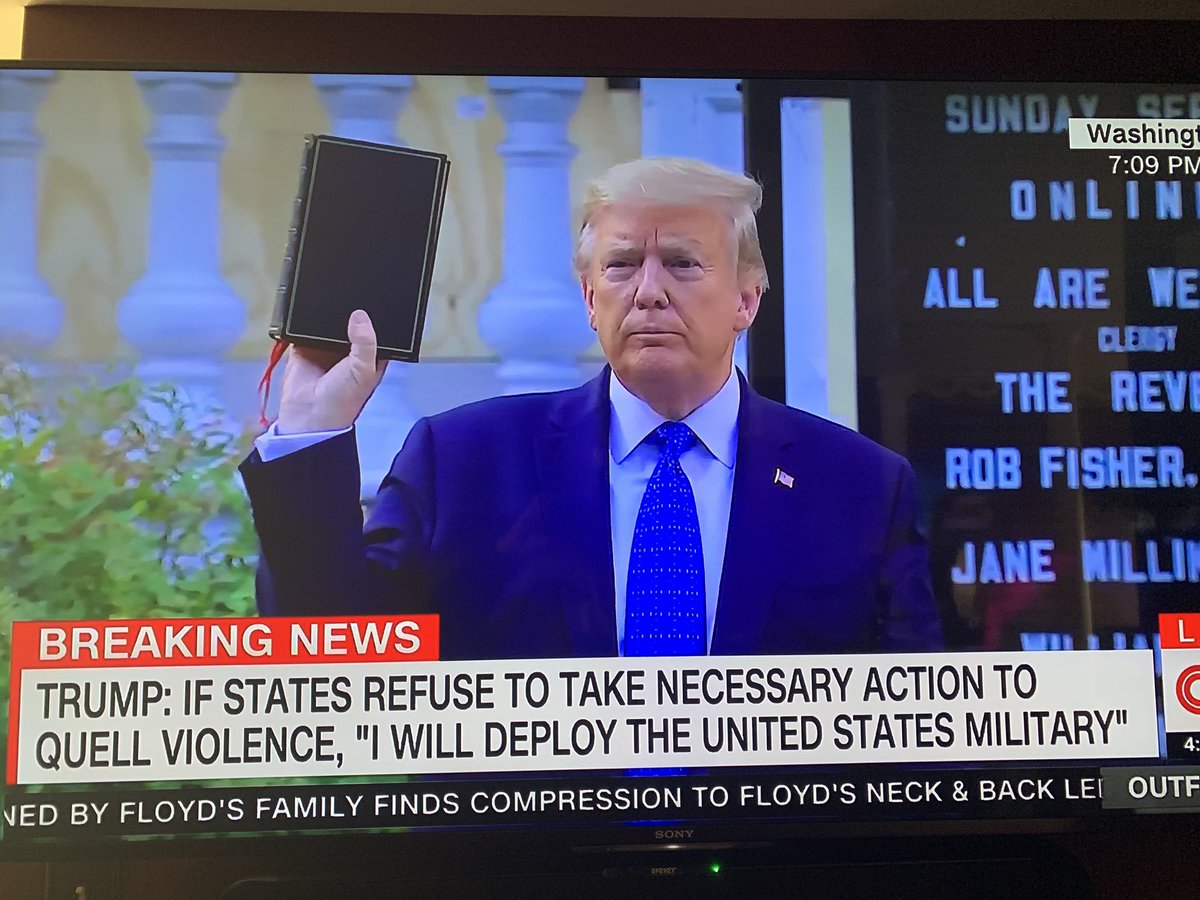 Are you f*cking kidding me ❓

Trump authorized military force. Protected 2A rights for anyone. Get ready for some real shit. #trumpPressBriefing

So in a time of existential crisis the president’s message to a grieving nation is, “DON’T MAKE ME TAKE OFF MY BELT!” #GeorgeFloydProtests #TrumpResignNow #TrumpPressBriefing #WashingtonDCProtest

This is exactly what hitler did after the Parliament burned to the ground.

Wow. The President of the United States just ordered an attack on peaceful protesters on live television! This should piss off and scare the hell out of every one of us!

Who still believes that we're living in a democratic state? 😡

And just like that #Trump declared war on Americans. His language is not one of solidarity, but one of power and division.

Trump says “I love this country. “
Trump, America is not one of your wives. We know that just because you screw us doesn’t mean you love us.
#trumpPressBriefing 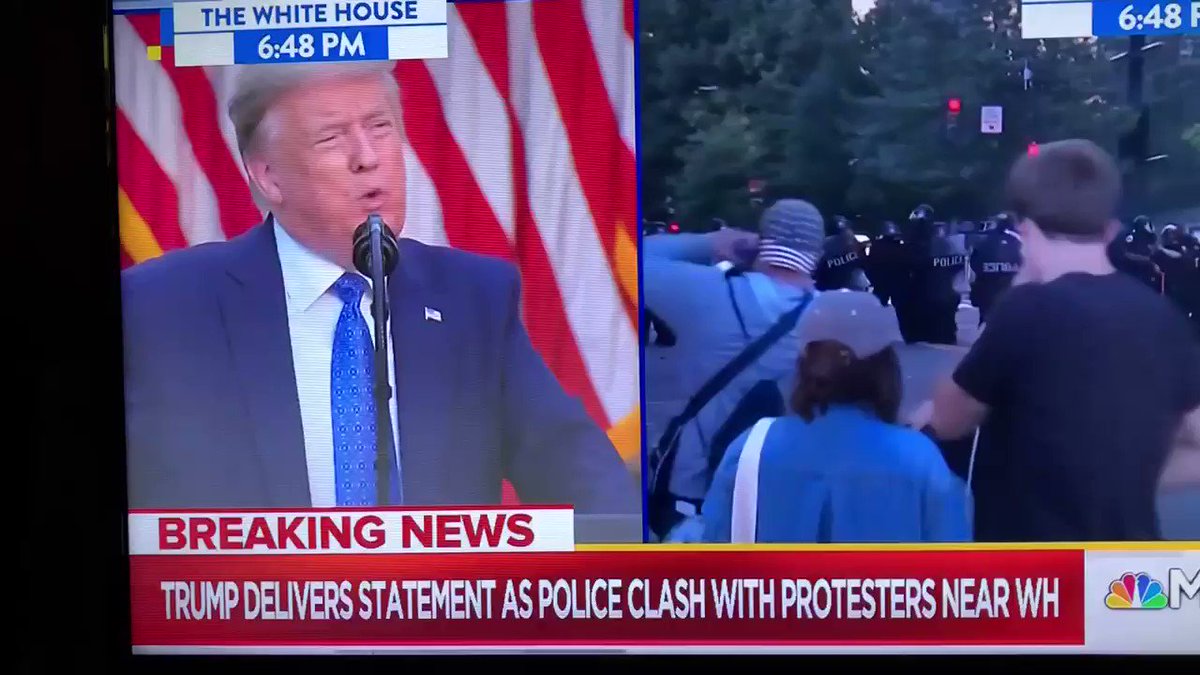 😷💔🇺🇸 #trumpPressBriefing
LMAO! The @POTUS had the police move the peaceful protest so he could act like he’s in charge. TRUMP threatened Governors that if they don’t stop the riots he will w US Military... then he said something weird at the end...

@MysterySolvent NOTICE HOW HE MENTIONS 2ND AMENDMENT RIGHTS WHICH HAVE NOTHING TO DO WITH THIS ! HE IS BATING IS RIGHT WING, CONFEDERATE FLAG WAVING, RACIST FOLLOWERS ! #trumpPressBriefing #GeorgeFloydProtests 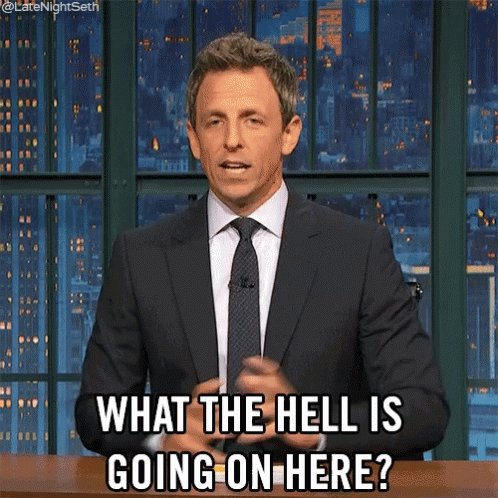 @jmeacham Thank you for articulating what the majority of America - and much of the world - is feeling right now after the "president's" speech. Yes, he only knows a clenched fist rather than an open hand. Or an open heart. #trumpPressBriefing #RoseGarden #Pressconference

Lets be clear Trump is raging a war against the American people.
#AmericaOrTrump #BlackMenMatter #trumpPressBriefing

What can we gather Putin said to Trump earlier today after that address from the Rose Garden?
Probably something like “this is your chance to use the military to take control of the country and stay in power.”
Just guessing.
#TrumpResignNow #trumpPressBriefing

Isn't it #AnimalCruelty to force ridden-horses to march through crowds of protestors, in tear gas and amid #flashbangs #SmokeBombs and people screaming, throwing objects at them? @HumaneSociety

So maybe the Democrat Party needs to officially identify as anti-fascist now...... stand up and say something. JFC!

Did I miss it, or did the Russia’s fattest presidential asset not say #GeorgeFloyd’s name once during that demented screed? #trumpPressBriefing #TrumpResignNow

Was that the first several minutes of the next movie for the PURGE?

Watch what I tell you. Donald Trump will use his speech & video of all those troops in front of the White House Rose Garden as part of his re-election campaign.

Trump will use a tragedy to benefit himself. #trumpPressBriefing

before he sends troops out to kill people

"Now, I have to pay respects to a very special place" so umm he has to go take a sh*t?!?! TF is he talking about?!?! #FDT #TrumpResignNow #trumpPressBriefing

#Trump speaking to his base here , going now to pay respects to his toilet given all that Sh*t he just spoke

I’m in tears after listening to that press conference. How is this our world? I truly hope the people of America don’t listen and continue to protest peacefully and stay safe.
#trumpPressBriefing #TrumpResignNow