Which confirms Trump coordinated with Barr in that BS cover story for the lower recommended sentencing of Roger Stone.

@ABC @PierreTABC What do you want to bet that Barr, like Lewandowski, feels he has no obligation to tell the truth to the media? #DiabarBarr

@TheRickWilson @marymac169 #DisbarBarrNow Where is the outrage of his peers and licensed attorneys who value their credentials? They won't be worth a $hit if #DiabarBarr is allowed to take down the entire #RuleOfLaw singlehandedly to keep puppet drumph.

#DiabarBarr A week ago @ResisterForever gave us a template to use to make a formal complaint about Barr to three state Bars associations. If they get enough complaints, they must investigate. #DoIt because it’s a way to fight back and it’s satisfying. 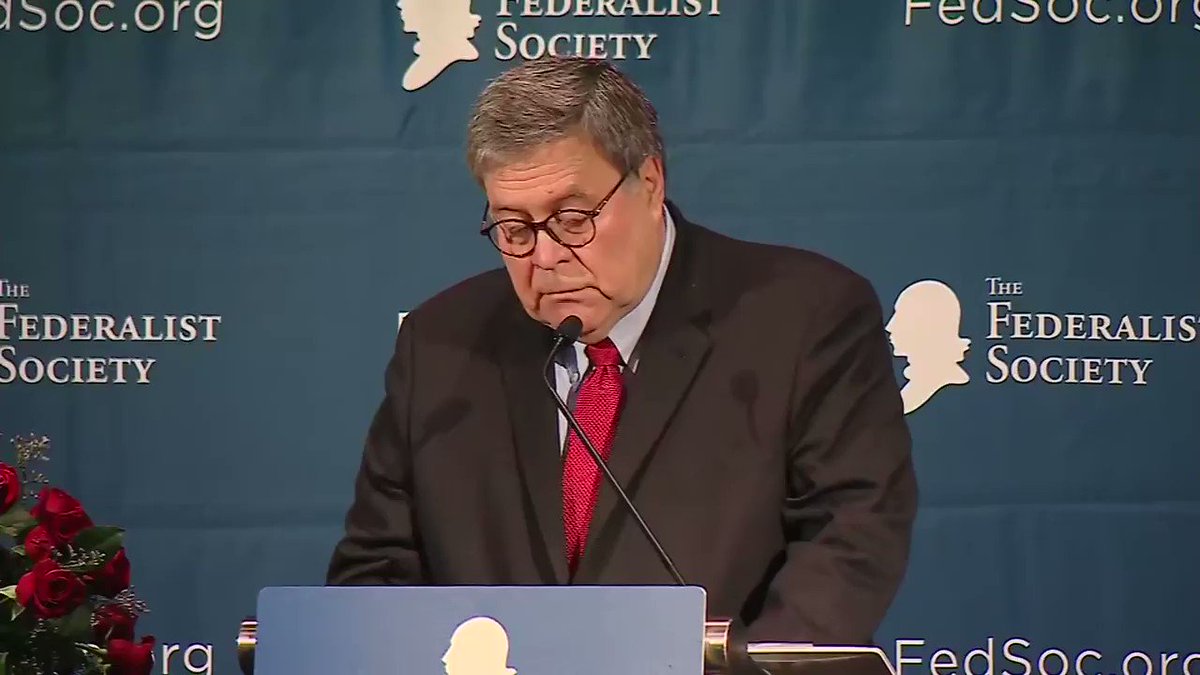 We are the Resistance #BillBarr! The people are the resistance & you are damn right we will fight a corrupted traitor!

It’s our duty as Americans to hold you & all traitors to our country accountable! We are not a party but for all people!

William Barr accuses Democrats of "scorched-earth, no-holds-barred war" against Trump: "It is the left that is engaged in a systematic shredding of norms and undermining the rule of law," Barr said.

Vicki with an eye