@Stewart_Brookes @bla222 @john_overholt Thanks, I've been practicing. This is a teaser from Add MS 38651 which Jon Wilcox premiered at #MSSinASK showing Wulfstan’s handwriting. STAY TUNED FOR EXCITING PUBLICATIONS.

As demonstrated by Joanna Story at the #MSSinASK conference, it was due to favourable tides

In the 9th century, it was easier to travel to France than it was to travel to London from Canterbury in Kent.

Round up by @BLMedieval of the Manuscripts in the Anglo-Saxon Kingdoms conference - Medieval manuscripts blog . More information from the conference hashtag #MSSinASK 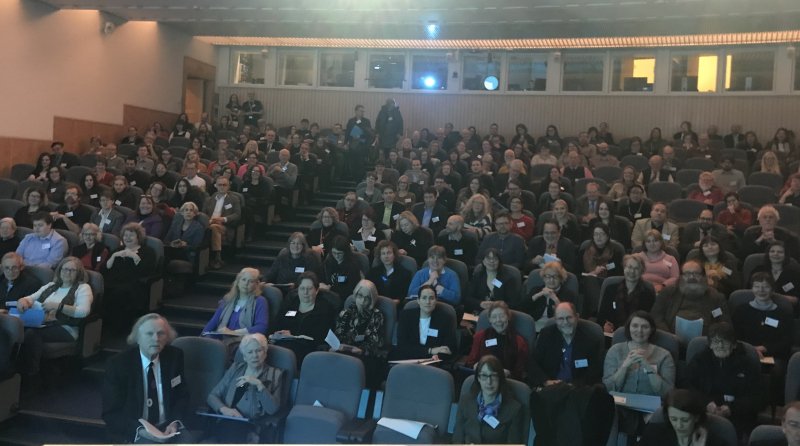 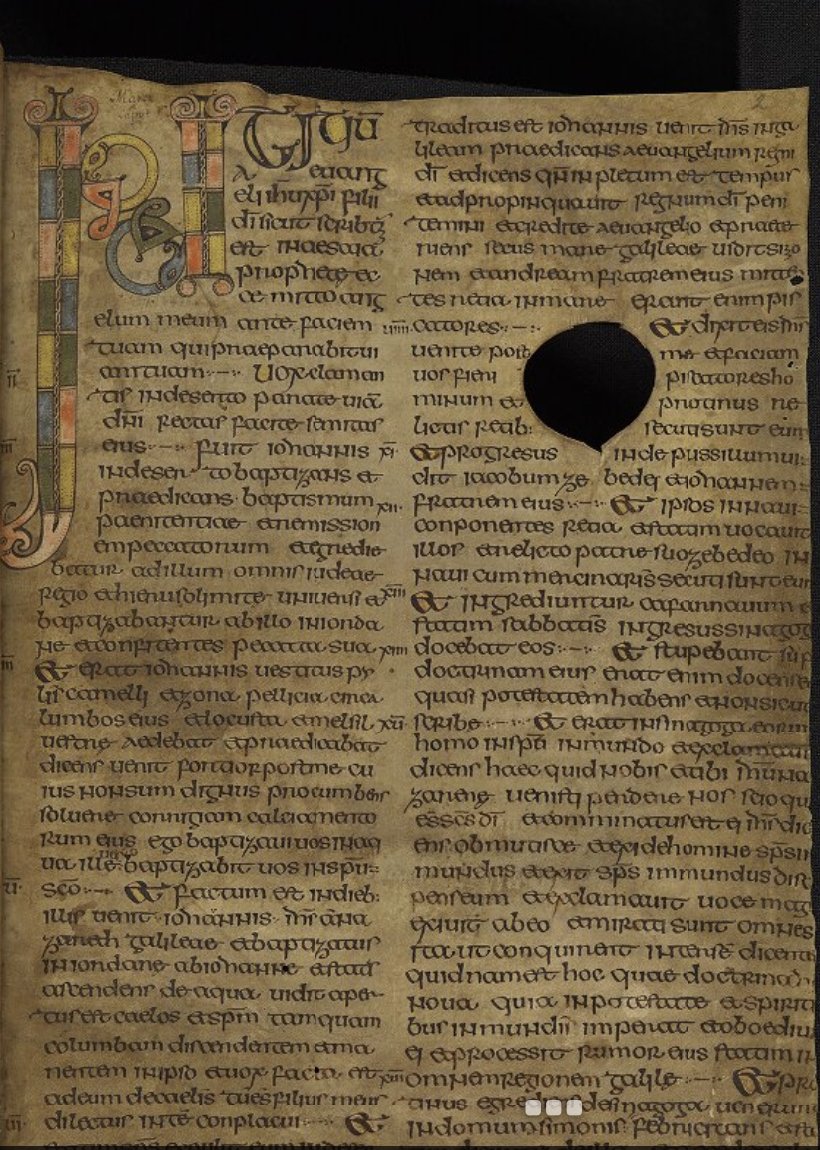 New beginnings! @StephanieLahey had a wonderful tweet with beautiful Beginnings from insular gospel books. But Dáibhí Ó Cróinín reminded us at #MSSinASK *oldest* insular gospel book messed up its beginning, writing INITI-ti-um instead of just INITium

Some old beginnings for a new year: “In principio …” (In the beginning …).

The virus goes dormant in the warmer climate of Italy... until the codex returns to Britain 1300 years later for a special exhibition, when it reawakens and unleashes a plague on unsuspecting medievalists!

The Codex Amiatinus was written on predominantly parchment made from goats, not calves @cmcurran21 #MSSinASK #BLAngloSaxons

@cmcurran21 live-tweeted the 'Manuscripts in the Anglo-Saxon Kingdoms Conference' @britishlibrary last week, so we asked her to sum up what was said there for @HistoryExtra. Fascinating reading for #MSSinASK:

In case you couldn't make it to the 'Manuscripts in Anglo-Saxon Kingdoms' conference, I summarized some of the key points here: 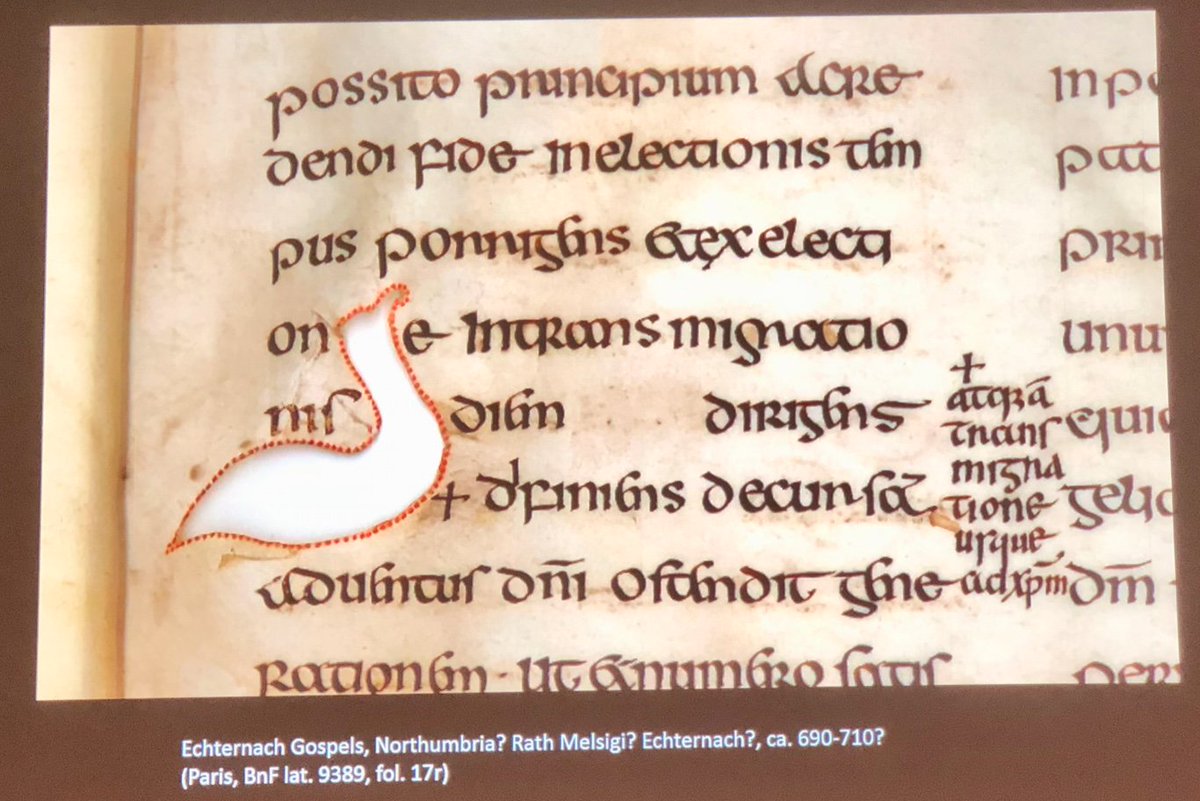 I learned of Christina Duffy’s work at the #MSSinASK conference. She’s working on multi-spectral imaging for the British Library. Truly amazing! I may retweet everything she posts.

In case you couldn't make it or just want to relive the glory of #MSSinASK, I created a Wakelet thread of all Tweets with the conference hashtag:
🤓📜 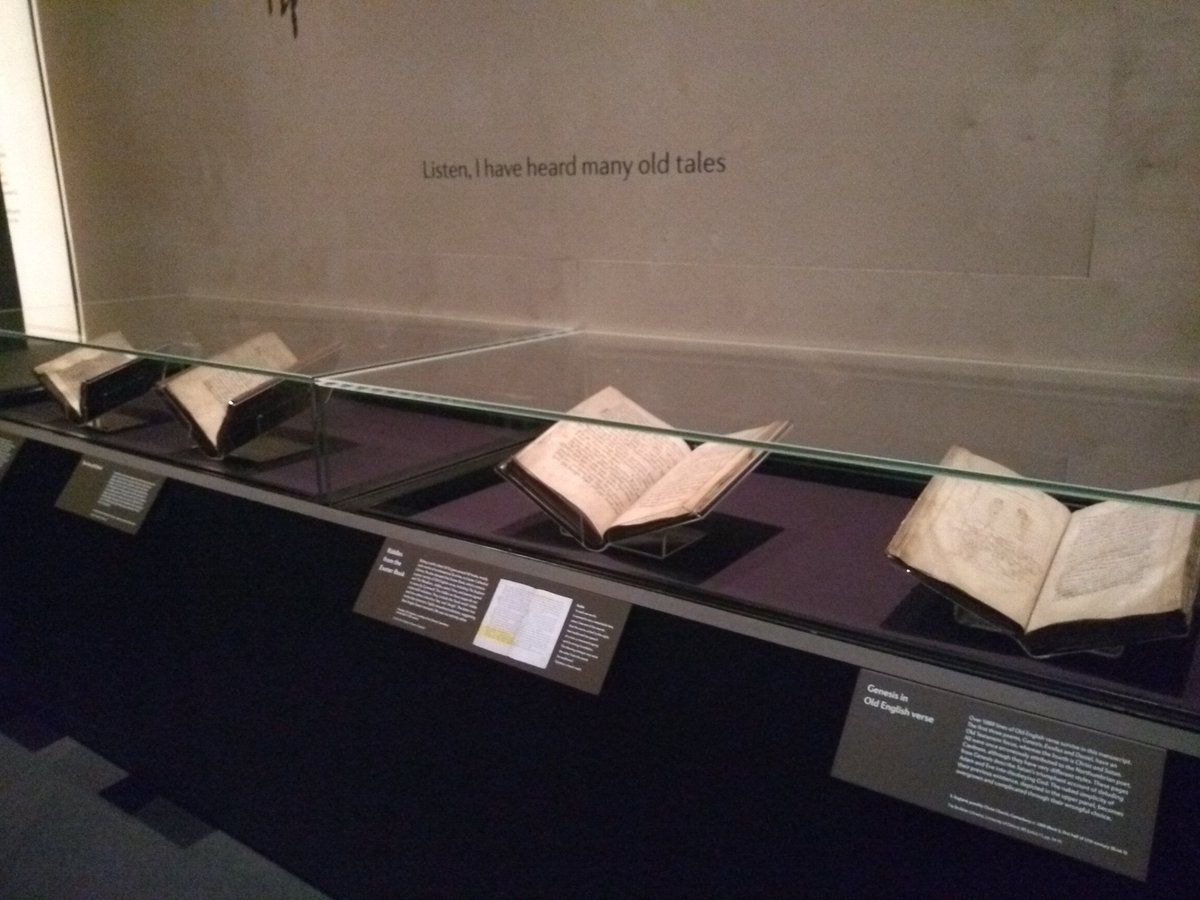 1. Let's start with the most recent, shall we?

I had quite literally the experience of a lifetime at the #MSSinASK conference. Never again will these manuscripts and academics be in the same place. I learned so much, met incredible people, and I'm proud of myself for going.

I’m still on a post- #MSSinASK come down, but I have to say that it was a pleasure and a privilege to meet friends old and new and hear an incredible line up of speakers present their research. I’m still smiling from the joyful, celebratory atmosphere 💖🥰 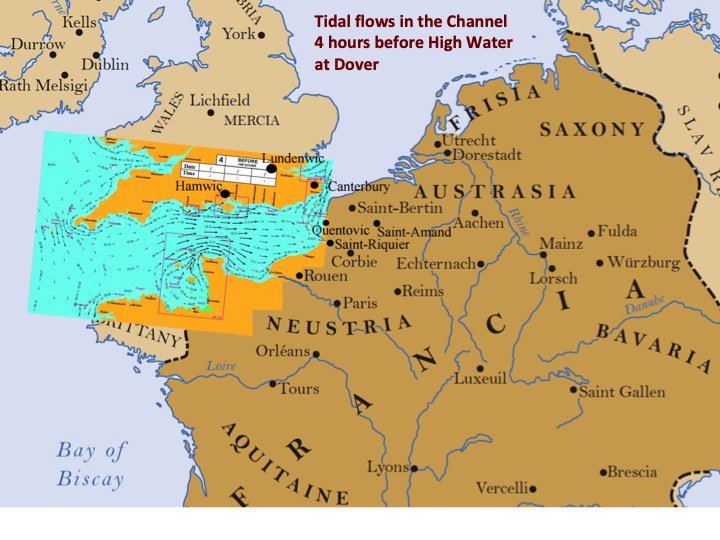 Was it easier to get to Quentovic or Lundenwic from Canterbury? Lots of interest in this slide on tidal flows in the Channel from our @InsularMSS paper #MSSinASK @BLMedieval. Many thanks to @LeverhulmeTrust & @BritishAcademy_ for continued support. 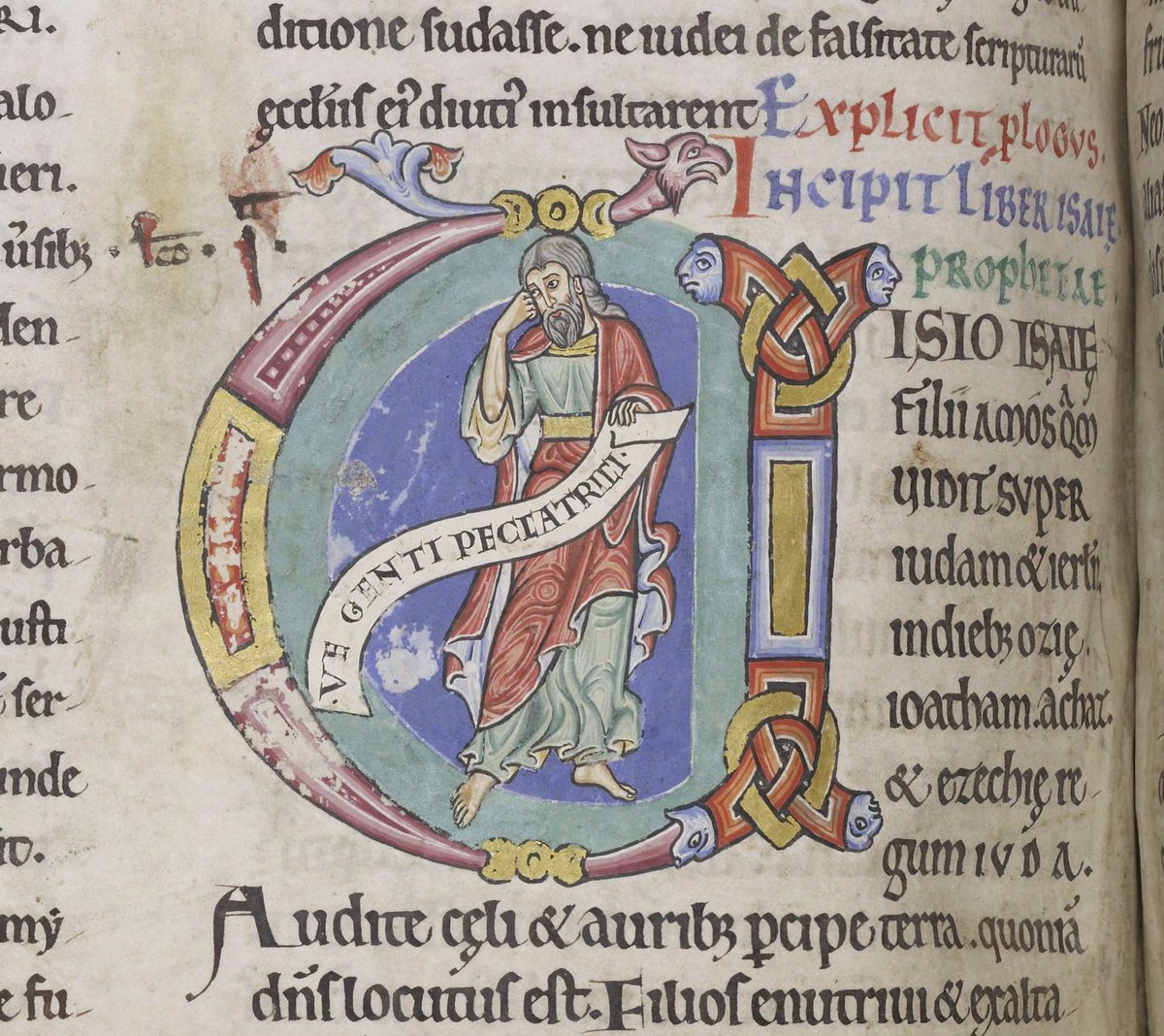 Two days later and I’m still thinking about how great the @BLMedieval #MSSinASK conference was. Thanks to all the organisers for such a great event! 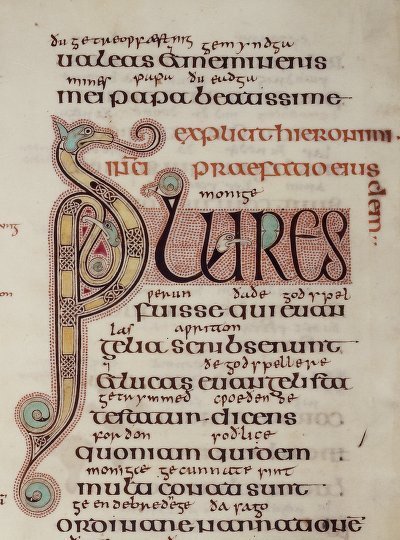 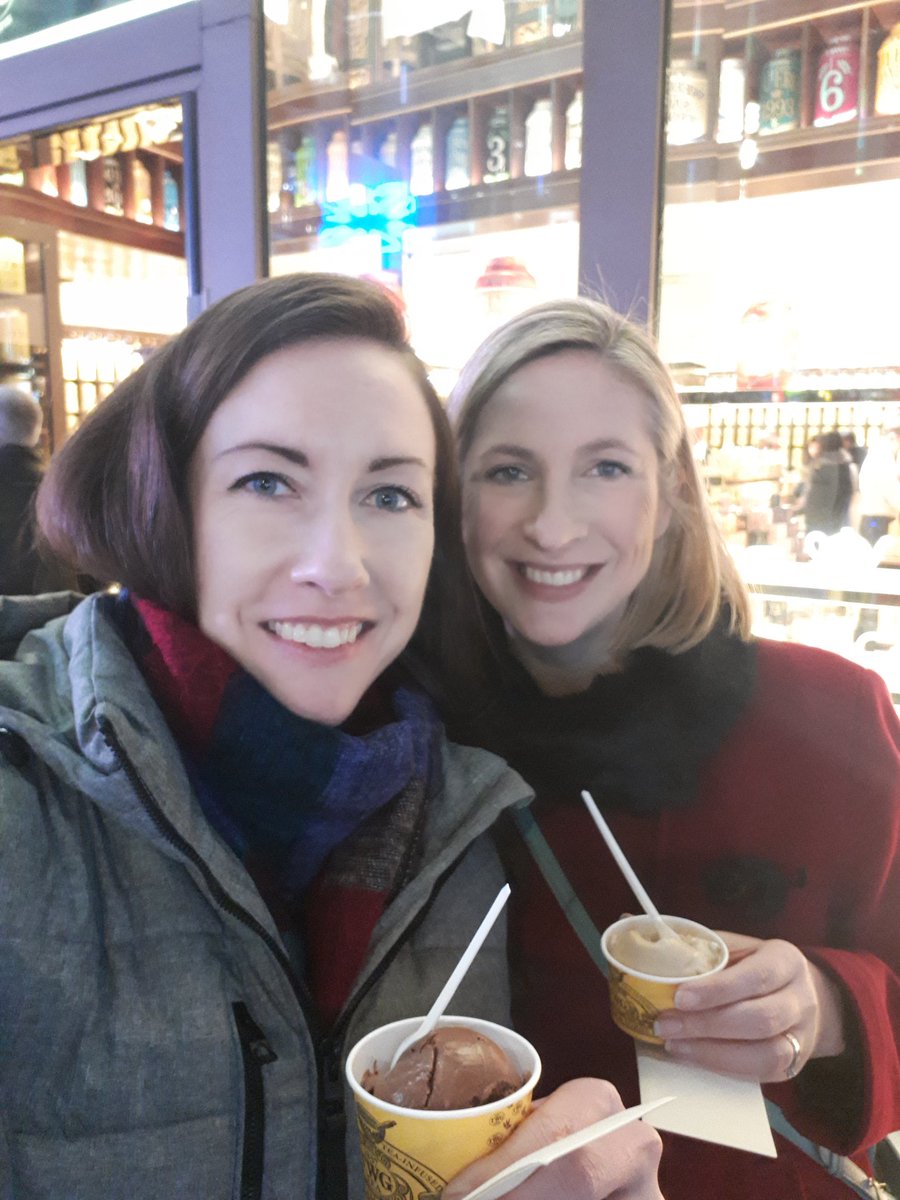 Extremely jet lagged and back home after a whirlwind trip to London for #MSSinASK and to see my sister. Now to finish marking, do Christmas stuff with the kids, do some reader reports...but first, sleep:) Pic below is from one of our evening rambles through the city. #london

Finally home from #MSSinASK at @britishlibrary—so many wonderful experiences (papers, #BLAngloSaxons, @staffshoard) and great people, and so much to process!

still buzzing from #MSSinASK / #BLAngloSaxons. Must say how utterly amazing the ECR day 3 was. The future of our field is very bright indeed. Every single paper was legit brilliant. Extra special shoutouts to @wyrdwritere @bbeckyL & @EEJackson999 who ran the conf & presented+ 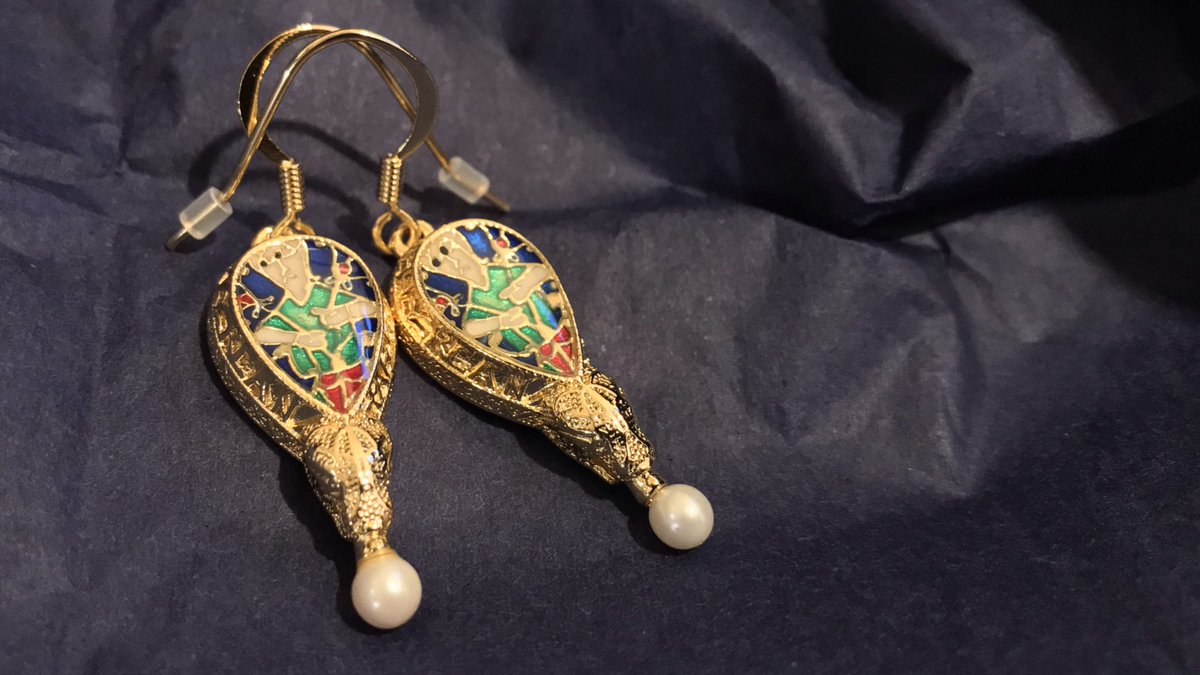 99% sure I could not have come home from #MSSinASK to a more appropriate package. (Shoutout to @MxComan for alerting me to the existence of these beauties from the @AshmoleanMuseum!)

Anyone who has rowed against the #tide only for it to turn just as you head back will understand how important using tidal patterns to your advantage is. As a #rower this was one of my favourite slides at #MSSinASK. Sometimes connections are staring us in the face.

wow three days of non-stop #MSSinASK ! Amazing! Incredible! My brain is still swimming. What should I do on my last day in London?

For the next 40 years early medievalists will ask each other: “where were you when you discovered Codex Amiatinus was made of goat skins?” #MSSinASK

I only just realised that I still have my #MSSinASK nametag on. I have been in the Royal Opera House for two hours. To be fair, they are awesome nametags. #awkward #hellomynameis

Thank you for all the positive feedback of MSI @ #MSSinASK. Quite often I'm alone in a dark room working on these images and not able to talk about them...so to see them in all their glory was inspiring...just some *mild* concern about the growing list of potential candidates...😅

Many thanks to everyone who spoke, chaired sessions and attended our #MSSinASK conference, and esp to all my @BLMedieval colleagues for their work on the conference and the #BLAngloSaxons exhibition.

Heading home from #MSSinASK. Thanks to the wonderful organisers @BLMedieval and the speakers. I’ve learned a lot and can’t wait to peruse 800 mss digitised through the Polonsky project armed with all these new ideas. 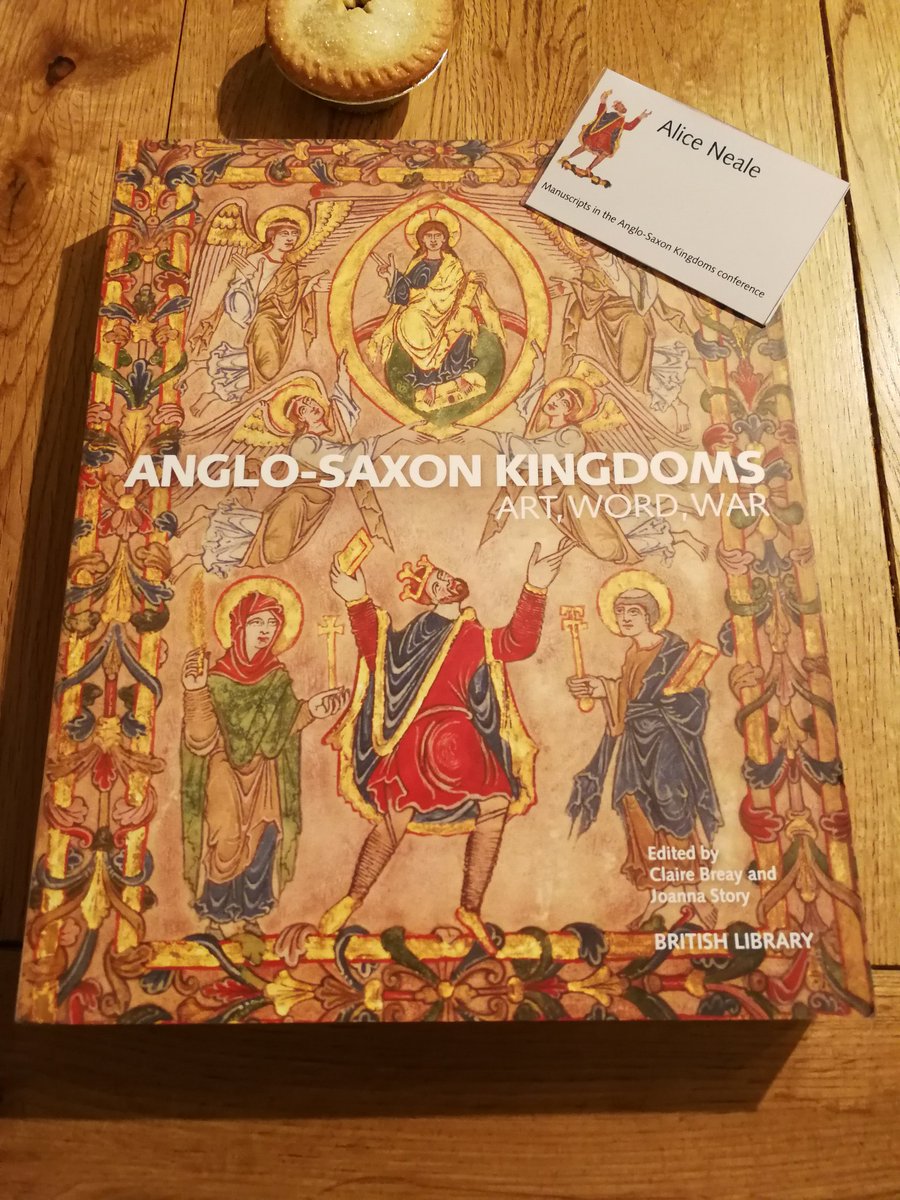 #MSSinASK @scfthomson #BLAngloSaxons what a great and apt way to end the conference with exuberant discussion of manuscripts as community projects, touching and touched across centuries; the communal is the sacred

Next up is Jiří Vnouček, ‘The Parchment of Codex Amiatinus and Ceolfrith’s Bibles’. #MSSinASK 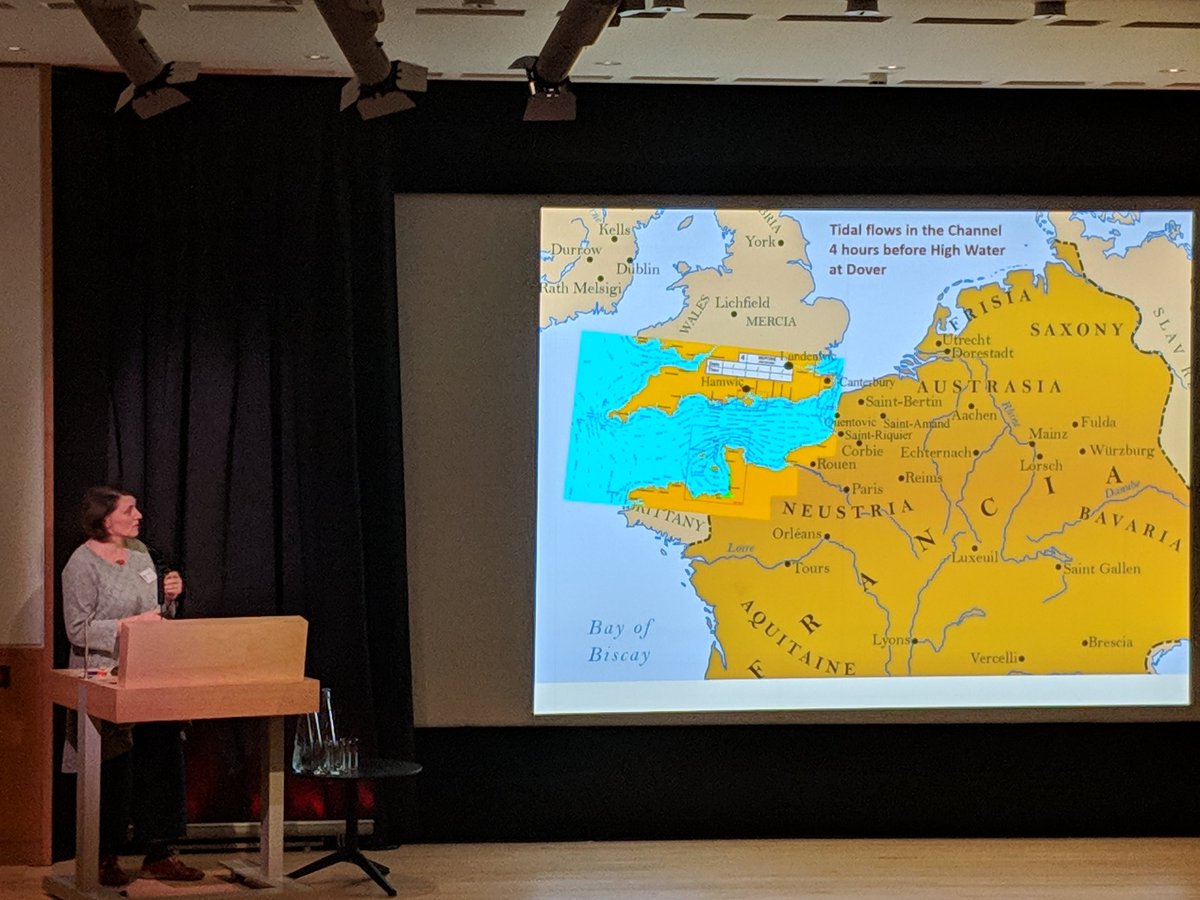 #MSSinASK Jo Story on the close tidal relationship between #AngloSaxon Kent & continent, ocean as highway faster to go to Quentovic than London